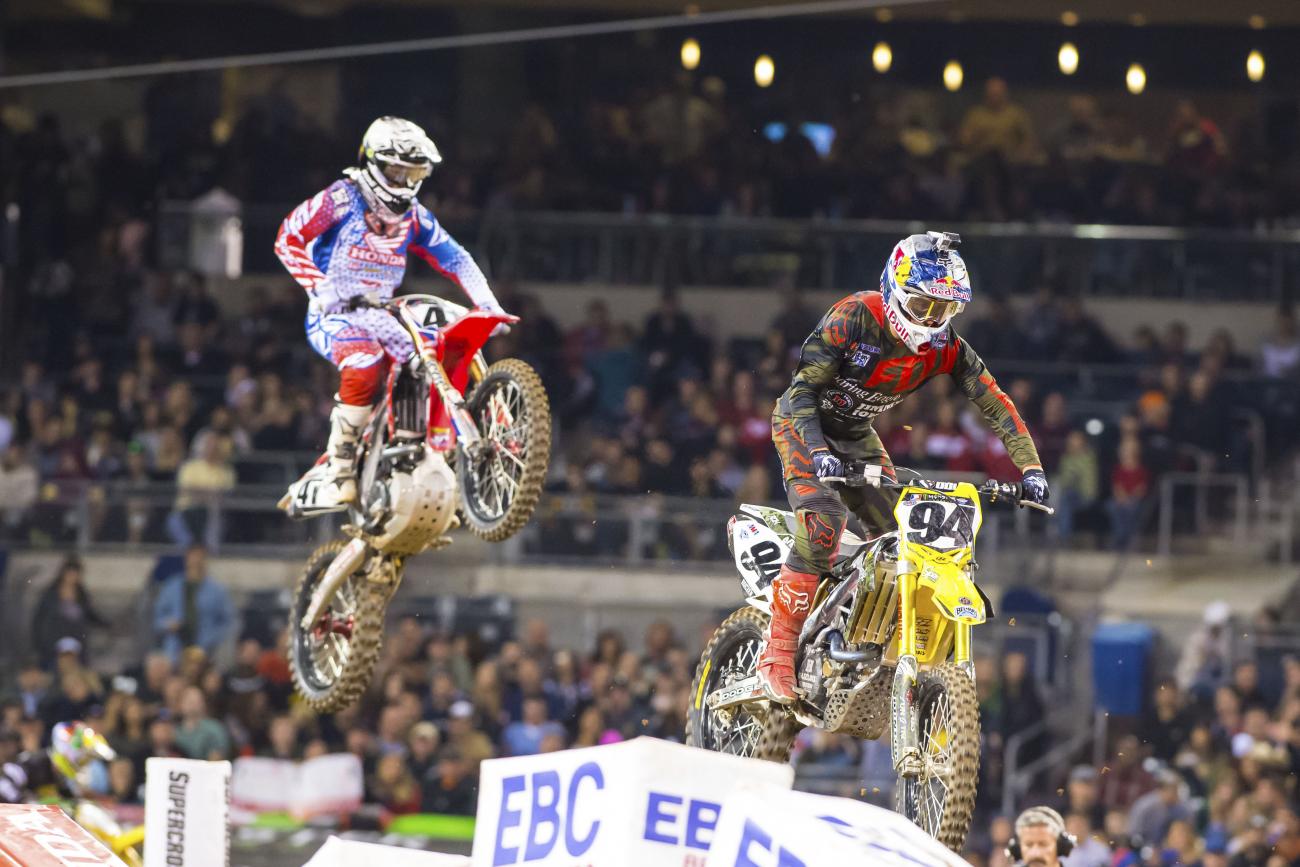 David Pingree: Trey’s riding style, to me, is like a modern day David Bailey. He has a perfect body position, he is technically flawless, and he makes the most difficult sections look effortless. If I had lower testosterone numbers I might just sit there and sob watching this guy ride a bike because it is a thing of beauty. That makes it even more surprising that he has had the injury record that he’s had. How does somebody that smooth even crash? Well, the other part of his style is that he pushes the envelope and, at times, that can bite even the best riders. One thing I’m always impressed/terrified by in Trey is how closely he follows other riders when he’s attempting to make a pass. Rather than leave a little cushion to account for other rider’s mistakes or not knowing exactly where they are going to go he stays glued to their rear wheel. This lets him execute passes that wouldn’t be possible with that few extra feet of cushion, but it also gets him into trouble when a rider does something he doesn’t expect (i.e. the Chad Reed incident at Anaheim). Start paying attention to how closely he rides up on those in front of him because it’s amazing/horrifying.

Jason Thomas: Aggressive, aggressive, aggressive. Trey pushes the envelope all of the time. He’s always right on the edge of traction and his tires are almost always spinning or pushing. He’s not scared to ride extremely close with others, and when it works it's a thing of beauty. But, when it doesn't, that's never good. His strength can becomes his weakness. Riding on the edge is tough to do without slipping over the edge at times.

Wil Hahn: When he’s on, you can give him as much pressure as you can give and he’ll always retaliate. The pressure doesn’t matter! Ken Roczen was on him and Trey was able to give a touch more, and even get away a little bit at the very end. That’s so hard to do. Plus, doing it at the end of the race, it showed how much he had in the tank. He was on fire all night, he had good corner speed—he was just nailing his corners—and he scrubs like few others. When he’s on, I put him right up there with James Stewart with scrubbing. I watch those scrubs and admire him, and try to figure out how I can do the same thing.

2. We've seen Canard throw things away though—like a sure podium last weekend. Do you think Roczen was trying to pass him the whole time, or just pressuring him and waiting for a mistake?

Thomas: Roczen was biding his time and waiting it out. I think Trey had him covered at the early stages of the race, but as smart racers do, Roczen followed Trey, figured out his strong points and then interjected them into his own riding. Once Roczen figured out where to shore up his lines, he was able to close back in and make it a battle. Roczen said he didn't realize that it was so late in the main event and mistimed his run on Canard, which would make sense after watching the final laps. I also think that Canard dropped the hammer on the last couple of laps knowing that Roczen would make a run for the win. Basically, both guys had plenty in the tank to sprint to the finish and that's what they did. If Canard had faltered even a touch, Roczen would have pounced.

Hahn: I would say the first ten laps Ken was giving it his all. I just saw a lot of mistakes, and that’s really uncharacteristic of him. But the moment I counted him out he got back up on Trey; maybe he didn’t know what lap it was. I’m thinking if the pit board was easier to see, it would have made a difference, but even then they were going so fast. At the pace they were going I don’t think they had much more to give—for him to catch him like he did at one point, he must have been going pretty close to all out.

Pingree: I think Jeremy Martin has to be the favorite. He’s fresh off a summer where he killed everybody, and the next best guy in that series is now murdering it in the West Region. I would expect him to come out firing, but he will get a lot of heat from Marvin Musquin, who is overdue for a good series, and also Joey Savatgy. Savatgy is poised to have a breakout series.

Thomas: I like Musquin for this title. A lot. I not only feel he is the favorite, but a heavy favorite at that. He is easily the most experienced rider in the field and I feel the fastest as well. He is coming off a full off-season working with Aldon Baker, and we have seen what that tends to do for their careers. If I had $100 to bet on this title, all of it would be riding on the #25.

Hahn: For me, the #1 coming in [Justin Bogle] has to be one of the favorites. He’s proven he can do it for the whole season. Then you have Marvin Musquin. I think those two guys are going to be very strong. You have Jeremy Martin as a sleeper—obviously he has a ton of confidence.

I’m still very close with Bogle. I know he had a little injury in the off-season, but I think he’s still healthier and better prepared than he was last year. But the main reason I think he’ll be even better is that he has more experience. He’s already won a title now. He’s a hard worker and a professional and takes care of his business.

I can vouch for Marvin, though; he’s a tough competitor. When you’re racing with people that are that honorable, you have to have respect for them, as a racer and a person.