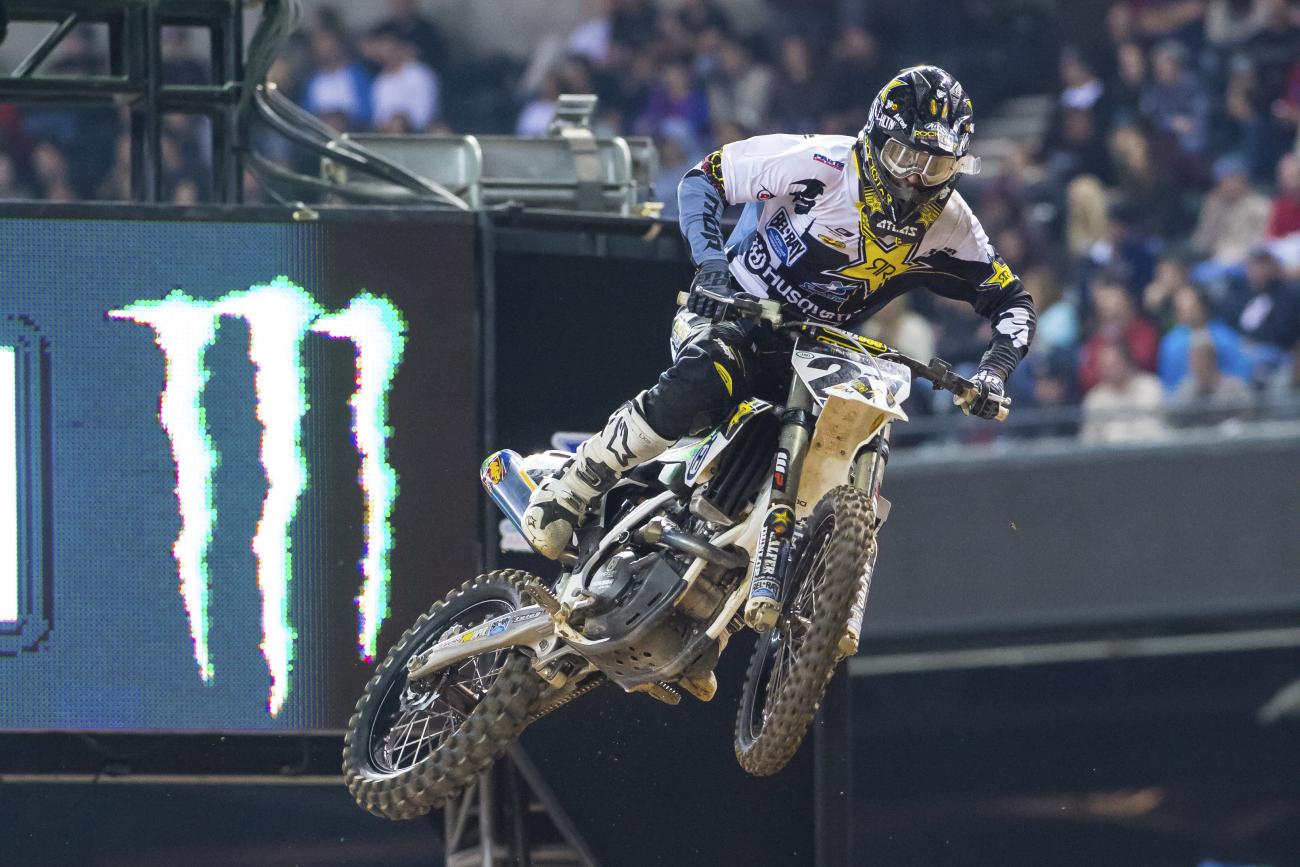 Back to Anaheim we go. By now, the dirt has been inside the stadium for a few weeks and is hardening up. It will be more slippery at all points of the day than it was at Anaheim 1. The good part about going back to Anaheim is that teams have a lot of usable data for this dirt, as it is raced on three times per year. It’s interesting to see who can take the lessons learned from the opening round and apply them to the second rendezvous. The over/under bridge will make its first appearance of 2015 this weekend. Realistically, it doesn’t change anything for the racing strategy, but it is a cool aspect of this track.

Rebounding from the Who’s Not list just one week ago is Eli Tomac. Eli should have never made that list, but two crashes in the main event in Anaheim relegated him to a poor finish. Flash forward to Phoenix and he is the big winner. Ken Roczen is leading the points and looks as solid as can be. Even when Tomac outpaced him, there was no panic in the German superstar. Weston Peick is on the fence here, as he is coming off a career-high result but suffered a broken foot in the process. Jason Anderson put in an incredible ride even if it went unnoticed by many. He went from near last all the way to sixth, passing far-more experienced riders along the way.

Justin Barcia had a rough weekend, as a first lap crash and near loop out on the start put him way back. He made it back to eleventh, but many had higher hopes for the AutoTrader.com/Toyota/JGR Yamaha standout. Chad Reed lands here after two disappointing tenth-place finishes to begin the season. Justin Brayton also finds himself here again after struggling to find his rhythm on Saturday. Cole Seely looked like he would land in the upper end of this area after winning his heat race, but a tough main event saw him finish a disappointing fourteenth place. I think he will be in the top five soon. Dean Wilson really struggled the last half of the main event after logging a third place qualifying time. Arm pump is really becoming a problem for the likable Scot.

- Trey Canard will pull the holeshot and lead all twenty laps.

- Tyler Bowers announces that he will be wrestling at this year’s WWE Summer Slam at Madison Square Garden.

- Steve Matthes is completely shut out on post-race interviews.

- Cooper Webb trademarks the phrase “cool as crap” and is rumored to be collaborating with Adam “Seven Deuce Deuce” Enticknap on a rap album based on the catchy description.

- Ronnie Mac signs up for his first supercross and is promptly arrested for a DUI during opening ceremonies. As he exits the premises there are shouts of “Merica” and he calls one of the security guards a “candy ass.”

- Justin Hill finally gets up front in the main event and wins it going away.

- Anaheim 2 is a star studded affair with celebrities arriving en masse. Kanye West is one of the big names in attendance and, while on the microphone, mumbles something about how he invented the sport of supercross and routinely walks on water.

- Mike LaRocco does the first interview in history where no words are spoken. There are just a lot of hard stares and then the camera lens cracks.