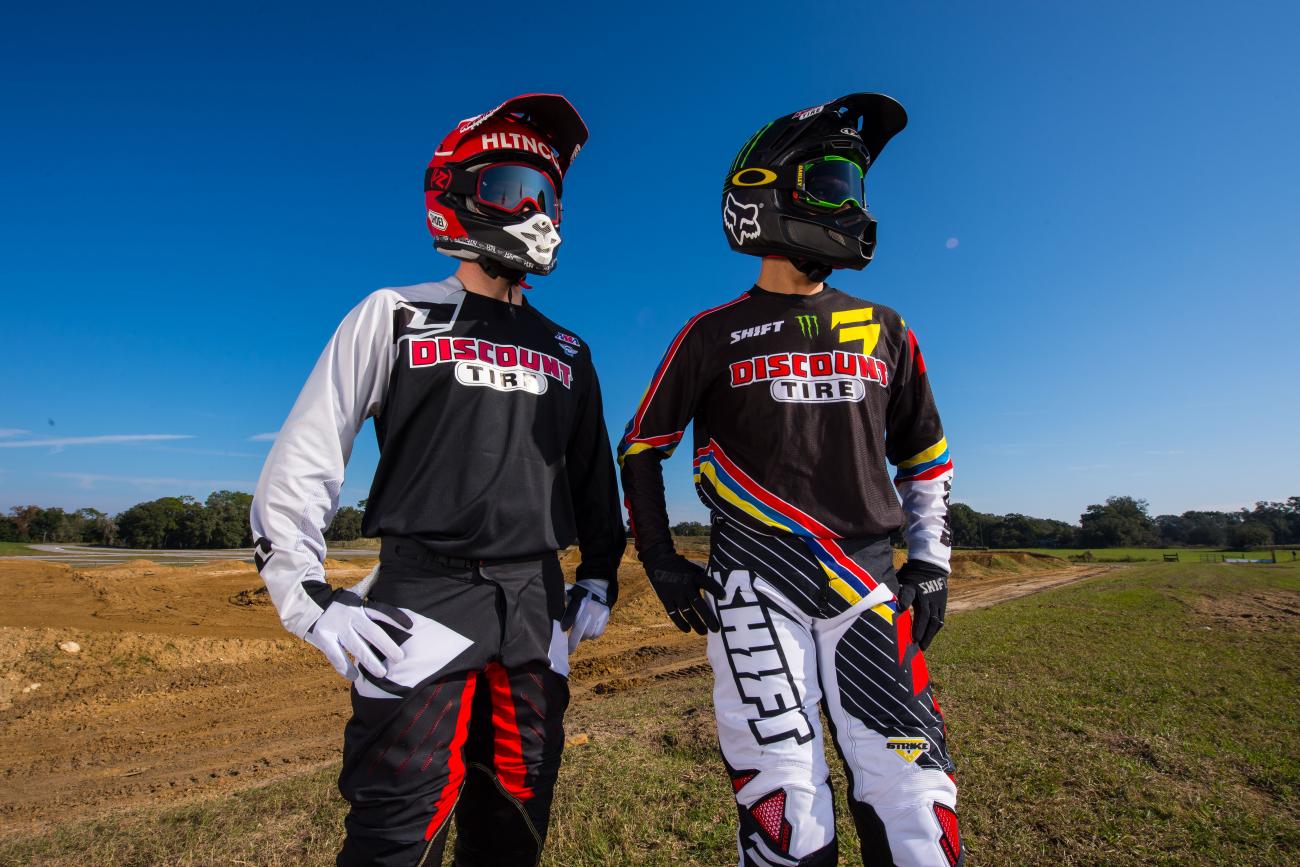 We know the opening round of Monster Energy AMA Supercross, an FIM World Championship, is the real New Year's Day for race fans, and in fact as soon as the presents are opened for Christmas, you'd like to just jump that nine-day gap from December 25 to January 3. If you close you eyes and wait long enough, it'll be here.

No? Can't go nine days without eating or drinking or living? Stuff happens in between those dates? It does. But don't worry, we found it. Read this, then go back to dreaming. Anaheim is almost here.

We agree with Wil. Mondays suck even worse now.

I love playing fantasy football. Not so much because I enjoy crunching numbers or anything like that—I like to talk smack. The constant stream of emails and texts throughout the season bring me joy. They really do. And I’ll be the first to admit, I didn't get into Fantasy Supercross until last year. I’ve always wanted to play a private league and many didn’t have the option available. This season Racer X has partnered with MotoDynasty (creator Craig Lyons has a unique story you can read here) for a new fantasy league. You can play in a private group with you buddies, or go against thousands of others for free! (There is a fee to be eligible to win weekly and yearly prizes.) Scott is offering Genius 750 mountain bike for this season’s overall winner of the 450 class, and a ZR One road bike to the 250 class winner. There is still time, so sign-up today and we can talk trash! And look out for our 2015 Fantasy Preview dropping later this week.

When we decided to bring back the Racer X Monster Energy Supercross Preview Shows for another season, we wanted to switch things up a bit. Early on we came to the decision to fly Steve Matthes and Jason Thomas in to Racer X Headquarters in Morgantown, WV. Weege would have to drive. Suck it, Weege! We also wanted to use a lot of footage. Thanks to Feld Motor Sports we were able to use tape of the 2014 Monster Energy Supercross season. Field/Post Producers Andrew "Gloop" Mahey and Jordan Roberts dug through hours upon hours of Lucas Oil Pro Motocross footage, and we also received video of the European Supercross events from OffRoad Pro Racing. I’ll quit boring you and leave it at this: Special thanks to hosts Jason Weigandt, David Pingree, Jason Thomas, and Steve Matthes; field/post producers Andrew "Gloop" Mahey and Jordan Roberts; and films guys: Jason Crane, Simon Cudby, Patrick Evans, Feld Motor Sports, Fox Sports, MotoSport.com, OffRoad Pro Racing, and Austin White. Check out all five episodes below and subscribe to Racer X on YouTube.

Counting Down the Days

Never took a trip down easy street.. #1week #A1 #holymolywow

Monday morning back to it, little cold in the garage had to bring it in the house! Thanks @concept2mxmma loving the new rower!

The count down continues Another solid day in the books #A1

@deanwilson15 at the test track today ready for A1 @cudby

Will Leitch, founder of Deadspin, had an interesting piece over the holidays on how the Internet, created to bring us closer together, has instead closed off the world. His theory is that thanks to the niche culture of the Internet, we can tailor our news to only people that agree with our way of thinking. As he says it, “The idea of unifying anyone on anything is passé, old thinking, a waste of time.” It’s worth your time. From Leitch:

This increased niche culture is a trademark of the web, and we used to think of it as a positive one; 20 years ago, if you didn't know any Quentin Tarantino or Woody Allen obsessives near you, you could go online and find them. (Theoretically.) The internet opened up a world that was truly revolutionary. But now, now that we're all online, and any novelty to this fact has worn off, the internet has closed that world. We now only have to interact with people who agree with us; if I use Twitter as my primary news source, as so many people do, I can carefully curate my feed to exclude anyone who disagrees with me about anything. (And if someone who slips in there who does, I can call them a horrible person.) Pauline Kael, the late film critic for the New Yorker, was once lambasted (unfairly, and inaccurately) for saying she couldn't believe Nixon was elected because she only personally knew one person who voted for him. But this is now accepted public policy. You don't have to find anyone to contradict you, if you don't want to.

Check out the entire article on Deadspin here.

Concern is beginning to grow around the Racer X Offices when it comes to Steve Matthes and his classic podcast submissions. It’s quite apparent he’s using the services of Moser (of “Just Short” fame) to do his biding. What’s Steve doing this week? Flying to San Francisco and back to reach 1K miles for the year. No, he’s not doing anything there, just flying. Whatever floats you boat, I guess. Anyway, here’s Moser.

Everyone knows who Skip Norfolk is. Possibly the most well know mechanic of all time. After all these years I was shocked to hear how much he blames himself for the few loses Jeremy McGrath every had. Back when mechanics did walk up the hill both ways in the snow, driving across the country in a box van, rebuilding bikes in truck stops. Skip was more than just a mechanic he was McGraths man friend, cook, shrink and secretary. They don’t make them like they used to and it was sad to hear that Skip still carries some guilt over their shortcomings after having such a successful wrenching career. Listen to the podcast here.

Old-School Video of the Week

Jalopnik Is Going to Dakar Rally

Jalopnik, a sister site of Deadspin, all under the umbrella of Gawker Media, is heading to the Dakar Rally. Andrew P Collins will be chasing the three-week, 5,500-mile off-road race in South America with a team of 4x4s and dirt bikes. They will be heading “from Buenos Aires to Chile, up into Boliva, and all the way back down again.” Make sure to follow it all on Jalopnik and check out what he’s in for below.