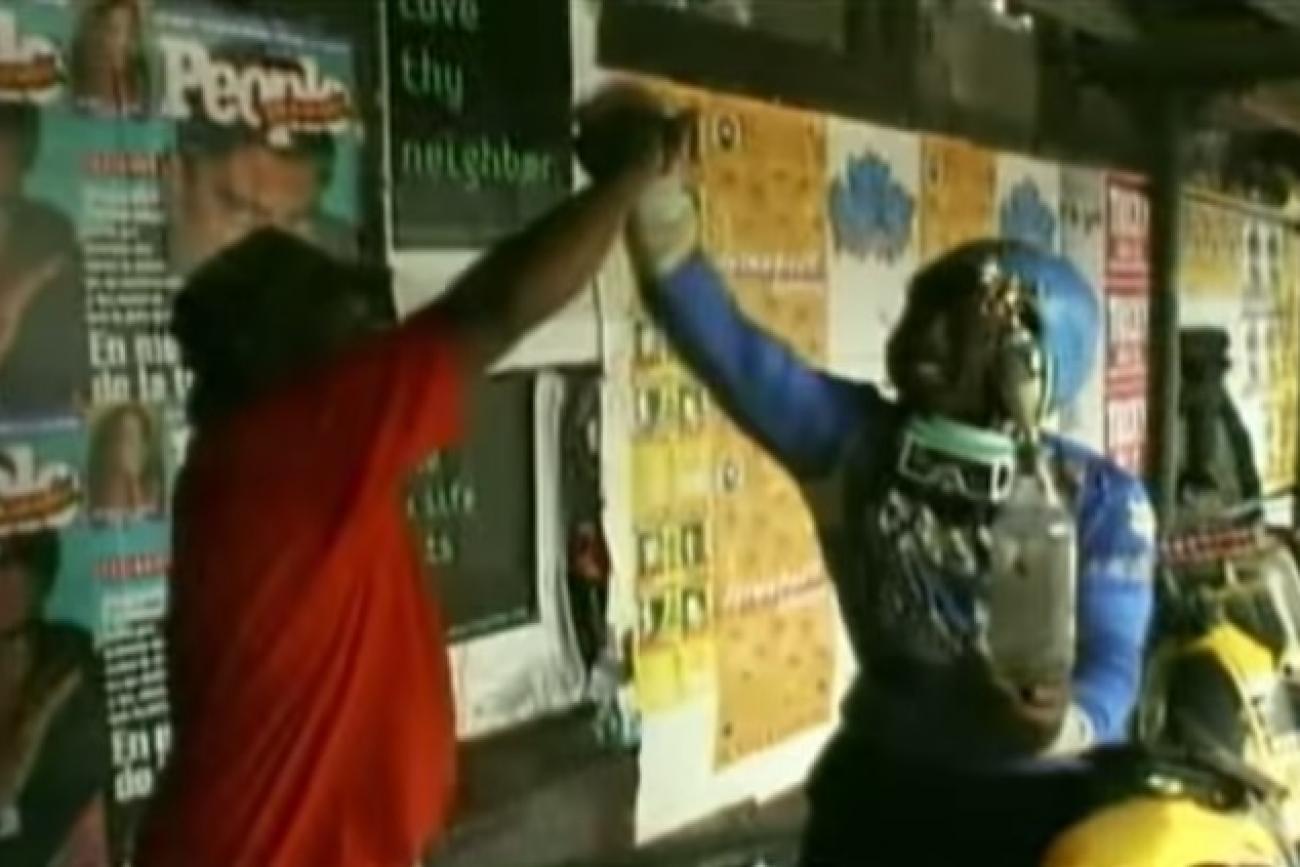 Not all championships are decided on historic, legendary motocross tracks or in stadiums illuminated by dazzling lights and glamour’s sparkle. Not every win is accompanied by Monster girls and the burst of a thousand camera flashes, either. This is the story of one of these anonymous yet unforgettable races in which the only trophies were blood, sweat, tears, and forty ounces of malt liquor. If you haven’t guessed yet, we’re talking about the hard-fought battle that raged between Ghetto Man and Nelson two decades ago, complete with a classically heroic outcome forged by the most relentless and punishing crucible imaginable—the Harlem Invitational. The race was captured in the seminal film, Crusty Demons of Dirt 2.

The day? Thursday. The time? Eleven. Nelson, a man who in many ways could be referred to as one of the unofficial founding members of the Metal Mulisha, was spending the morning in his usual throttle-whipping, trash-talking manner when he happened upon the Ghetto Van, which doubled as Ghetto Man’s race rig and home.

“I was living in the van, and I still do, but not because I have to,” explained Ghetto Man, who we tracked down for this story. “I choose to live in the Ghetto Van because when I’m in it, I’m ready to race at all times. My bike is always with me this way, and I’m ready to roll at all times. But on that particular morning I was just hanging out when Nelson challenged me. I wasn’t really surprised though. I’d seen him around the scene, and he was always talking junk just constantly. I told him that if he ever wanted a real battle he should come to the ghetto. I’m undisputed in the ghetto; I’ve never been beaten.”

As Nelson (we didn’t attempt to contact him for this story, but we believe he may have moved on to success in other racing fields) rolled open the Ghetto Van’s door, he called out, “Ghetto Man, you and me are battling all the way to Harlem!” With his invitation, he inadvertently named the race, and Ghetto Man immediately accepted the challenge with welcoming vigor, rapidly donning his helmet and a set of snorkeling goggles.

“That’s ghetto style,” Ghetto man said of his eye protection. “At the time I couldn’t afford real goggles, and I still can’t, so I wore those. After I got them on, I took off after Nelson. He got the jump on me right out of the gate, but I remained calm, caught him, and started studying his lines, what side of the railroad tracks he chose, when he would cross over—that kind of thing. His weakness that day was definitely the railroad tracks—he didn’t know how to jump over them with perfect form like me—and there was never a doubt in my mind that I’d win. I have to give it to him though, it was a fierce battle, and it went all the way down to the wire.”

It was indeed close, and while most competitors would have started to get nervous, Ghetto Man stayed focused, having already picked an upcoming corner stacked with garbage bags as the place to execute his finishing move.

“I knew that would be my spot, and I was just waiting for that corner to come up. When it did, I dove in, threw him a little elbow, and boom, it was over,” Ghetto Man recalled. “Not too long after that I passed my man with the pit board, letting me know I was about to take the win and a forty of Olde English 800 as my trophy. It hadn’t really set in yet, but when I saw that pit board, that’s when I really started to get amped up.”

As for Nelson, other than yelling, “Ghetto Man, what’s up?” after the takeout move, he refused to speak to Ghetto Man for several years, although Ghetto Man expects Nelson will be back to do battle in the Ghetto again someday.

“He was pretty upset, and since then I’ve been waiting for him to get some revenge even though I’m retired now,” he said. “But you know, I think I’d make a comeback just for him. We’re actually on speaking terms now. We get along, but I wouldn’t say we’re friends. We’ve just been battling for too long. I have no grudge, but if he comes back to the ghetto, I will put him in the trash again.”

With or without Nelson, Ghetto Man continues to battle, even in retirement, which has prompted many within the industry to consider him the Doug Dubach of the ghetto.

“I still battle all over, and I think I’m going to have to go out to California and have it out with Travis Preston—he’s been talking a lot of junk too,” he explained. “He wants to go to Glen Helen, but I know that I probably don’t stand a chance there. Plus, they still don’t make tear-offs for snorkeling goggles, so I’m thinking more like Compton.”

Whether it’s a rematch with Nelson, a showdown on the streets of Compton, or a duel on the broken glass and marbled shell casings of Ghetto Man’s neighborhoods, you can be sure that Ghetto Man will be there in his Ghetto van, ready to throw down and do battle with any challengers foolish enough to extend the challenge.