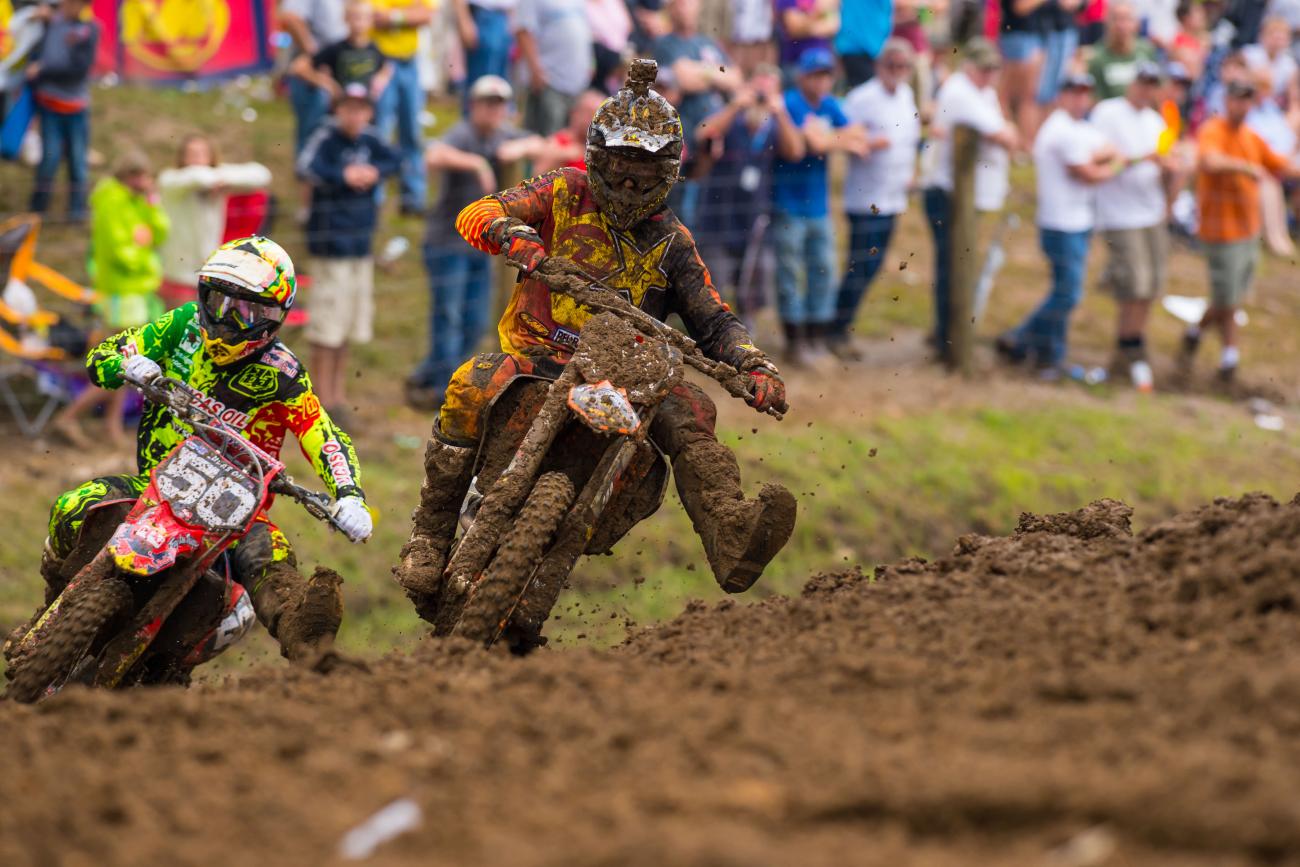 As Joey Savatgy sliced past Jessy Nelson in the second moto at the inaugural Indiana National on Saturday, it wasn’t the first time the two had crossed paths. They have a long history together and have mirrored each other’s path to, and in, the professional ranks.

Growing up in California—Joey in Agua Dulce, Jessy about four hours north in Templeton—both were amateur heavyweights. In their rookie seasons, both won Rookie of the Year honors—Jessy the 2012 MX recipient, Joey the 2013 SX winner. Both have multiple Loretta Lynn titles on their resumes—Joey three, Jessy two. After highly successful amateur careers, both were passed over by factory teams—Jessy signed with Lucas Oil/TLD Honda, Joey with J-Star/JDR KTM. And during their brief times in the pro ranks, both have struggled with injuries—Joey’s missed sixteen races, Jessy eleven.

While they’ve followed a similar career path to, it was just six years ago that the two were side-by-side at the head of the 85 class at Loretta’s.

“I was able to pass Jessy and get to the lead, and it kind of brought me back to Loretta’s 2008 when we were on 85s. It was cool,” said Savatgy following the Indiana National.

Savatgy and Nelson were heavy hitters in 2008. Nelson was the favorite that year, having won two titles in the 85 (7-11) Stock and Mod classes two years earlier. Savatgy was the underdog. But it was Savatgy who would enjoy a breakout year, winning both 85 (12-13) Stock and Mod classes—his first Loretta Lynn titles.

Six years later, Nelson and Savatgy have both led laps for the first time in their careers, and both have had to overcome the mental side of racing. “I guess I was just riding a little tight—it’s been a while since I’ve been out front like that,” Nelson said after losing a late lead at the Thunder Valley National.

Savatgy shared a similar sentiment Saturday after leading. “I led one [lap] at RedBud, but that was just the holeshot, then I shuffled back to the back pretty quick,” he said. “… Once I got around Jessy it was kind of like I froze up and just was not riding as good as I was when I was behind Jessy, if that even makes sense.”

Nelson and Savatgy are at similar points in their careers—each having fought through injury and looking to take the next step. Nelson will be back with TLD next year, hoping to build upon this year. Savatgy’s contract is up with Rockstar Energy Racing KTM, but he’s in the mix to be back when the team switches to Husqvarna’s. What lies ahead for Nelson and Savatgy is still a waiting game, but if history is any indicator, they may take similar roads to get there.