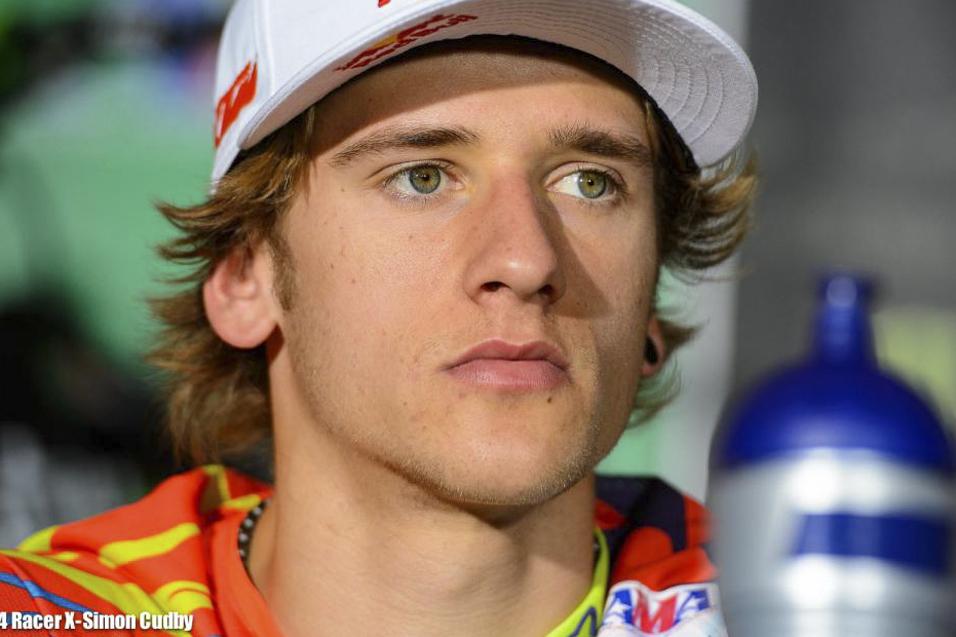 Reed’s Re-Reinvention
With the exception of Chad Reed (and Davi Millsaps, who is on the injured list), all of the 450SX superstars are returning to action aboard the same brand they rode last year. You’d think this would put Reed at a disadvantage, but we’ve seen him thrive on major change in the past; think back to 2011 when he formed his own team using Hondas and finished a mere four points back of Ryan Villopoto. Ironically, Reed will show up at Anaheim on a Kawasaki, the very brand he left after 2010 to form his own Honda-mounted team. How will Reed’s big changes serve him at the season opener? – Aaron Hansel

James Stewart
Although Yoshimura Suzuki’s James Stewart is coming off one of the worst seasons of Monster Energy Supercross of his entire career, it’d be silly to say that he’s lost the moves that earned him titles in 2007 and 2009. Have a look at his masterful performance at the most recent Monster Energy Cup if you need proof. Still, beating Ryan Villopoto in an off-season race and dethroning him are two entirely different things. In a recent interview with Racer X Online that can be seen right here, Stewart said that he plans on winning a lot more this season. If that holds true this weekend, he'll hold the record for most premier class wins in Anaheim, a record he now shares with Jeremy McGrath and Ricky Carmichael at eight apiece. – Aaron Hansel 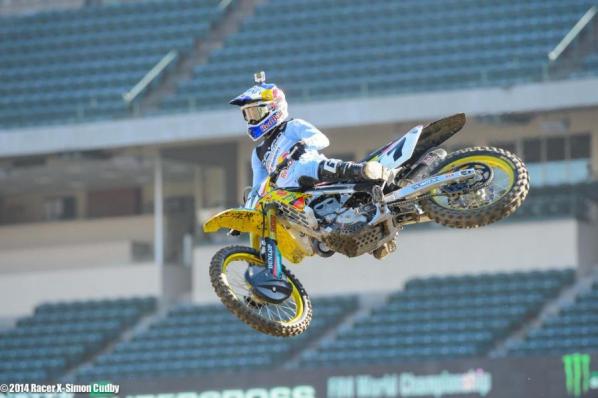 With a win Saturday, James Stewart will hold the record for premier class wins in Anaheim.
Simon Cudby photo

Blue Debut
Making their debuts together this Saturday in the Western Regional 250SX class will be Yamalube Star Racing Yamaha’s Cooper Webb and the 2014 YZ250F. We know Mini-Coop can ride—he had some fantastic finishes in Lucas Oil Pro Motocross—but supercross comes with a steep learning curve that often causes younger riders to struggle. How will Webb and Yamaha’s new YZ250F handle the pressure of opening night? – Aaron Hansel

Triple Threat
What do Wil Hahn, Ken Roczen and Eli Tomac have in common? If you answered money, fame and the ability to steal your girlfriend you’d be correct, but that’s not what we’re talking about here. All three are 250SX regional champions, and all three are moving to the 450SX Class full-time this Saturday. Their presence is sure to be felt at some point; what kind of impact will they have on the action at round one? – Aaron Hansel

Coastal Confirmation
Thanks to teams that keep secrets until the last second and ill-timed injuries that temporarily take riders out of action, getting an accurate idea of who will be on the Western Regional 250SX gate at the opening round can be tricky. Sure, there’s the pre-entry list, which can be seen right here, but even that isn’t always accurate. In fact, some of the larger teams have even been known to initially enter all of their riders in the opening round, amounting to considerable confusion. That all comes to an end this Saturday, when we’ll find out exactly who will be battling for the Western Regional 250SX Championship. – Aaron Hansel 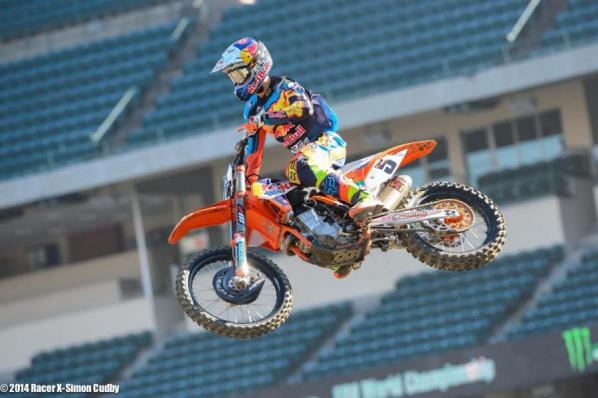 Ryan Dungey is looking to start the season on a high note.
Simon Cudby photo

Quiet Entrance
The Ryan Dungey camp has been rather quiet this off-season. And Dungey stuck to the script even further when asked about reported changes he made during the off-season at yesterday’s press conference. “I think testing went good, I think everything went really well,” he said. “It’s been a great off-season and I feel like we’ve done our homework.” Now three (full) seasons removed from his 2010 450SX title, pressure has to be mounting on Dungey to get the job done in 2014. – Chase Stallo

Title Aspirations
Justin Barcia was front and center all off-season. He captured both the King of Bercy and Genova titles, while also competing in the Monster Energy Cup. “I did a lot of racing this off-season, which is good for me. I definitely like racing,” said Barcia at the press conference. Although he had a fantastic rookie season, Barcia is hoping to improve on consistency in his sophomore campaign. “[I want a] more consistent year than last year. Last year was quite the learning year. I think I’m brining a lot more experience this year.” Will that experience pay off with a win at the opener? – Chase Stallo

Fourth Times a Charm
Ryan Villopoto can join Jeremy McGrath as the only two riders in history with four consecutive premiere class titles in 2014. “I think when you become pro … at least I didn’t look that far in front,” said Villopoto. “To win just one race is huge. And to win a championship against all these guys is also going to be very hard. For me, I’m just trying to take it slow and take it one race at a time.” Last year, Villopoto’s season began horribly with a 16th-place finish, as he and many riders struggled to find the right suspension setups for the new season. Clearly, he was able to get it figured out by mid-season. At the press conference, RV said they’ve made more gains for 2014. Can RV take one step closer to supercross immortality with a victory at Anaheim 1? – Chase Stallo 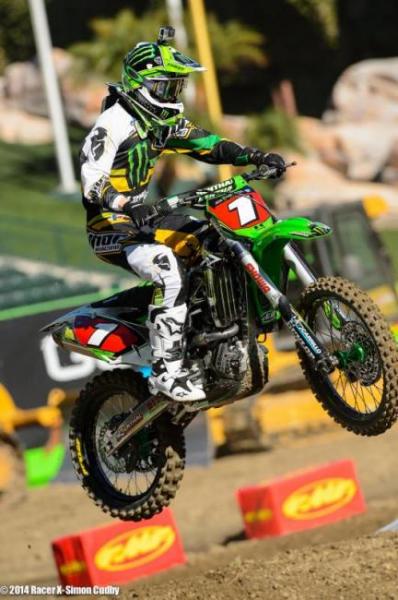 Wilson’s Time
Many thought Dean Wilson would already have a 250SX title to his resume by now. But following a 1-2-2-4 start to last year’s East campaign Wilson suffered a season-ending injury at Indianapolis, ending his hopes at that elusive title. Wilson is again considered a favorite this year, the time out west—alongside Cole Seely, Jason Anderson, Zach Osborne and others. Is 2014 Wilson’s year? – Chase Stallo

Major Contender
One major thorn in the side of Wilson’s title hopes will be veteran Cole Seely. In what will probably be his last year in the 250 class, Seely is in “must-win now” mode. Although always in the mix (he won the Anaheim opener in 2012), Seely has yet to take the last step to championship glory. Will he serve notice in Anaheim? – Chase Stallo