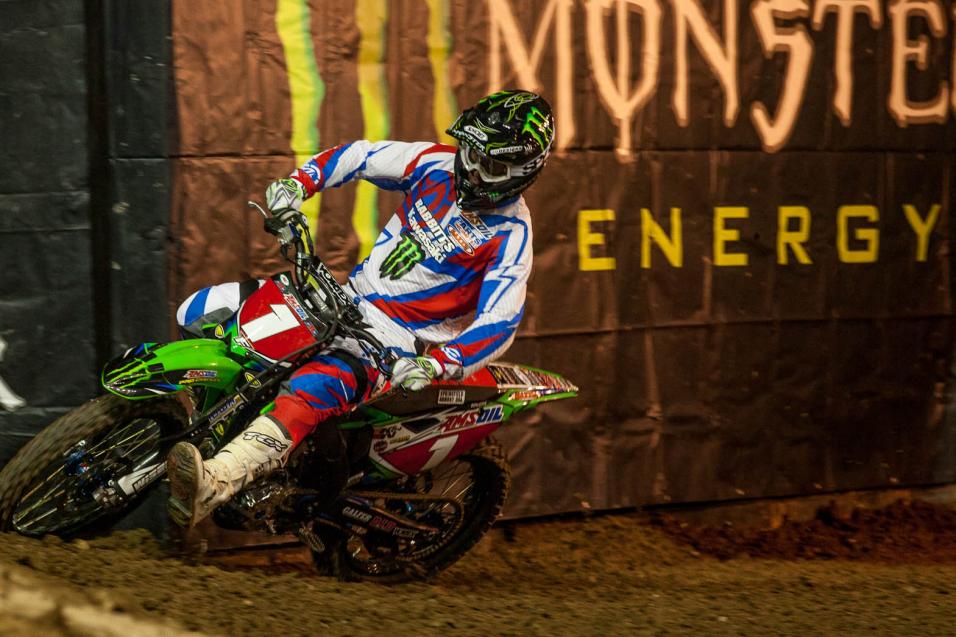 Team Faith KTM Fly’s Kelly Smith wins night one of Amsoil Arenacross in Denver with a fourth and second in the two 12 lap main events. “It seemed like I was having all the bad luck this year, but I got it tonight,” Smith said after the second main event.

Second overall was Team Faith KTM Fly’s Jeff Gibson who finished third and fifth in the two finals. Gibson went down in the second turn with points leader Tyler Bowers and several other riders and had to come from nearly last in the second race to end up fifth. 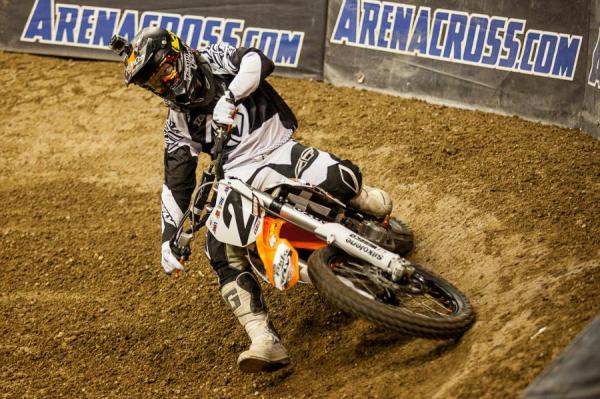 Monster Energy Babbitts Kawasaki’s Tyler Bowers finished third overall (somehow) with a win in the first main and an eighth in the second race after crashing twice. Bowers went down in the second turn and got up quickly, but a few laps later crashed into Dave Ginolfi who bobbled in a rhythm section and the two went down hard. Bowers took his time getting up after that crash, but he dug deep to pass a lot of riders to finish eighth and salvage some points. “It was crazy out there but I knew I had to catch those guys,” Bowers said, “I don’t like the inversion briefcases.”

Bowers now has a five point lead over Gibson going into the final two main events of the season tomorrow night 116-111. Bowers teammate Zach Ames had an off night with a second and 11th for fifth overall and sits third in the points with 106.