This weeks collection comes to us from Mark Edwards.

Here is my pride and joy. A 1961 Greeves MCS (MotoCross Special). From around 1958 to 1964, Greeves was the 250 to have. Their first success was with the Hawkstone model which was named after the legendary track with the same name in England. That bike was developed by Brian Stonebridge who rode for Greeves until his death in a car accident in 1960.

In 1959 a young up and comer by the name of Dave Bickers was hired by Bert Greeves the founder of the company. Dave was a tenacious rider. He quickly became the dominant rider in the 250 class and also won many races against the bigger 500cc four stroke machines of that time period. He entered the 1960 European Championship (it was not called the World Championship until 1962) and won that easily on the Hawkstone. By midyear of 1960, Greeves had made some modifications to the Hawkstone (bigger alloy cylinder, a full 256cc displacement, new air filter, square tubing swing arm, and full width hubs for strength). These new improvements went in to production for the 1961 model and was called the MotoCross Special. It was essentially a Dave Bickers’ Replica. Dave went on to also win the 1961 European Championship on the same bike.

My father was in the Air Force and stationed in England in 1959 – 62. I was only 5 in 1961 but I can remember going to my first motocross races there. At that time about the only bikes on the starting line were Greeves with a few DOTs, James and Cottons’ thrown in but the Greeves was the bike of the day. I have always been involved in dirt bikes and motocross ever since then. I restored a couple older mini bikes and decided I wanted to do a full size motocross bike from the sixties as this time period of motocross is my favorite era. The first bike I thought of was the Greeves. I looked on EBay and Craigs List for over a year before I found this MCS. It was just what I wanted. It took about a year and a half to get it completed but it turned out better than I could have imagined. I was going to race it in a couple vintage races a year but now that it is done I don’t think I want to damage it. Every time I walk into my garage and see it, it puts a smile on my face.

In hunting for parts I found a contact in England that knows Dave Bickers. I sent them a number plate to have Dave sign it for me. Dave has had some physical problems the past couple months and has been in the hospital but they said he is doing better and they hope to get the number plate signed as soon as he recovers. To have Dave’s signature on the front number plate will make the bike complete.

Here is a before and after photos. 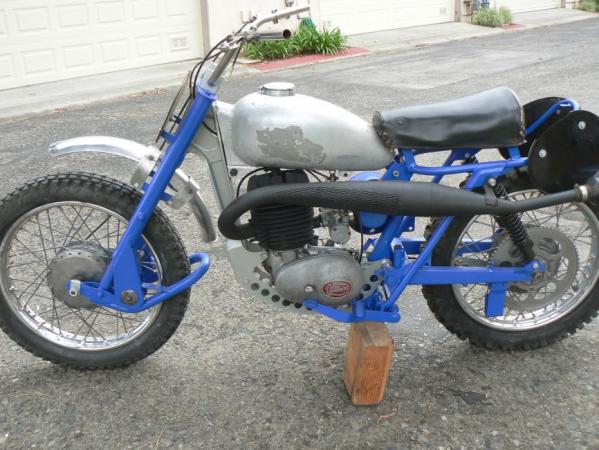 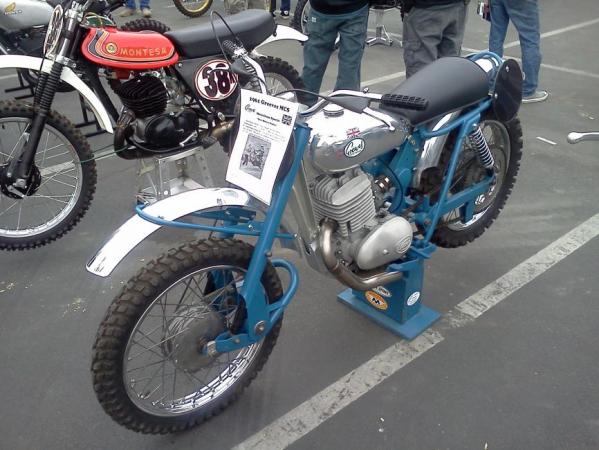 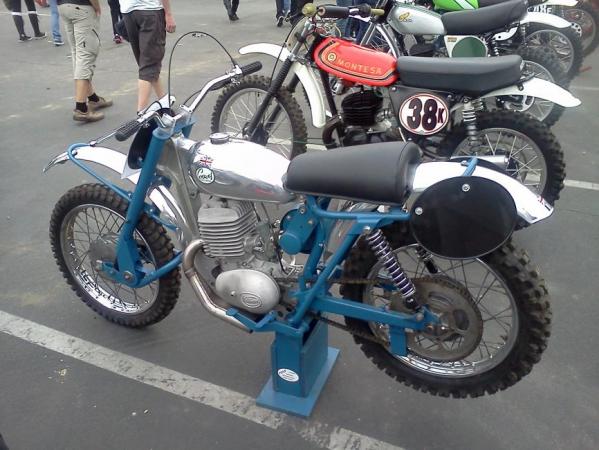