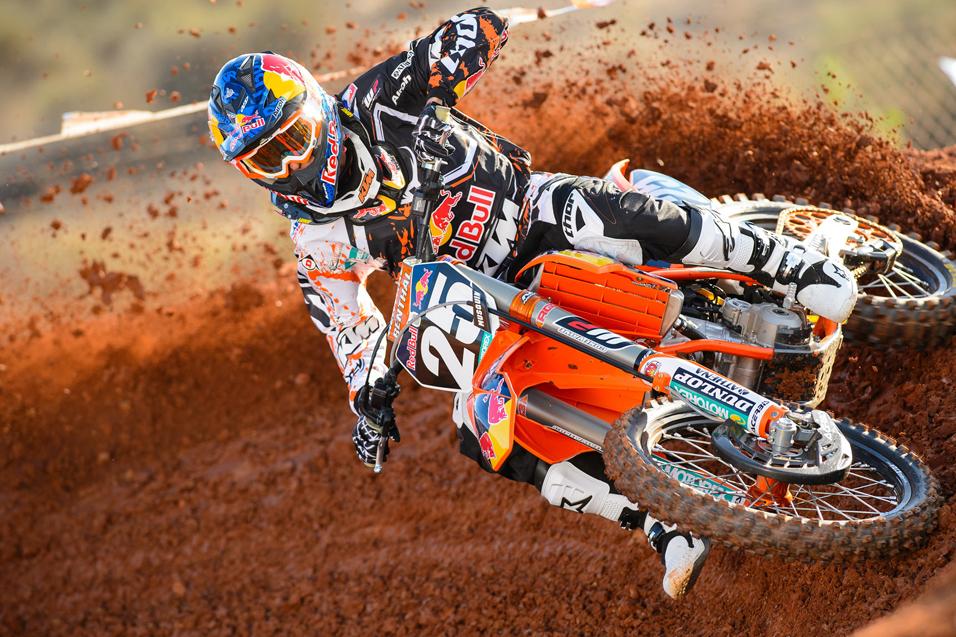 Going for the W Marvin Musquin

The 250SX East Regional series kicks off this weekend in Dallas, and although most of us smart guys think Monster Energy Pro Circuit Kawasaki’s Dean Wilson is the favorite, a couple of racers are hoping to have something to say about that. We profiled GEICO Honda’s Wil Hahn the other day, and now it’s the Frenchman on the Austrian machine trying to win his first supercross in America.

Marvin Musquin (pronounced MOOSE-can) is a two-time World Champion in the MX2 class and is looking to get his first win this year. On the Red Bull KTM squad, Musquin had a bit of an up-and-down season last year with three seconds and a third but a couple of bad races in L.A. and San Diego. All in all, it was a pretty good supercross season with Musquin ending up third in the 250 West series points. 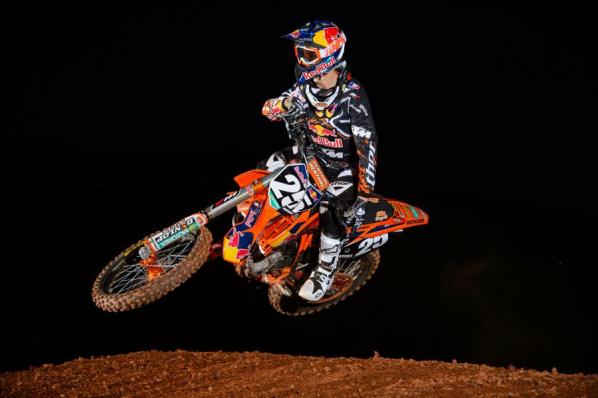 Musquin is looking for his first career SX win in 2013.
Simon Cudby photo

“I feel really good,” said Musquin just hours after he took to the track in Dallas to promote this weekend’s race. “I’m excited for the season to get started. I’ve been to all the West Coast races watching, and I’ve done a bunch of laps at the test track, so I’m ready—and to be honest, it’s been a bit boring waiting for this series to start.” (“This stadium is so nice,” he also told me, in what might be the understatement of the year.)

Although he hasn’t won yet, there’s no doubt Musquin is going to get one or more wins this East series. He’s also comfortable on the East Coast tracks, as he jumped on the 350 last season and put in some pretty good rides in the 450 class.

“Riding the East Coast is exciting,” he said. “I loved the tracks last season on the 350, and it’s quite a bit different from the West Coast tracks. The tracks, especially in St. Louis, have some great dirt.”

Without prompting, Musquin indicated that he knows what the deal is when you’re on such a stacked team like he is: “[Ken] Roczen is doing so great. He’s leading the series, and [Ryan] Dungey has been very good, so it’s up to me now to keep that going.” 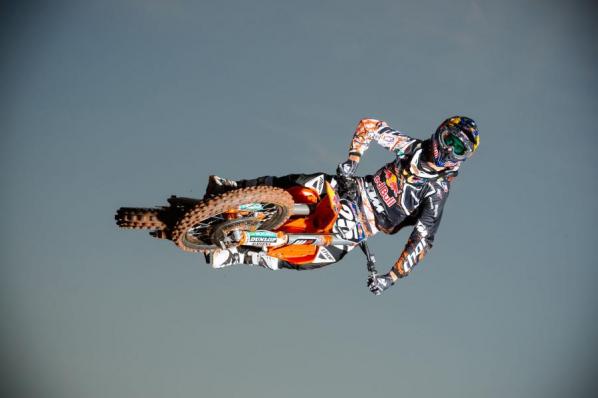 Will 2013 prove to be the year of Musquin?
Simon Cudby photo

Although Musquin has an outdoor win and those two world titles in motocross, he’s a very good supercross rider and has the skills to make something happen on the east side. He knows there are great riders in the championship, but he also knows it’s his time and there are no excuses.

When asked about the new 2013 KTM SX-F, he says you can’t really compare the bikes—the ’13 is a lot better. “I’m happy with my bike,” he said. “It’s all new and it’s really good. Pretty much right out of the gate, it was a better machine. But you know, it’s not the bike that’s the most important thing, it’s the rider. If I don’t get this thing done, it’s not the bike or anything else. It’s on me.”

Marvin’s got the speed, the bike, the skills, and the team—but will he have the title in Las Vegas?