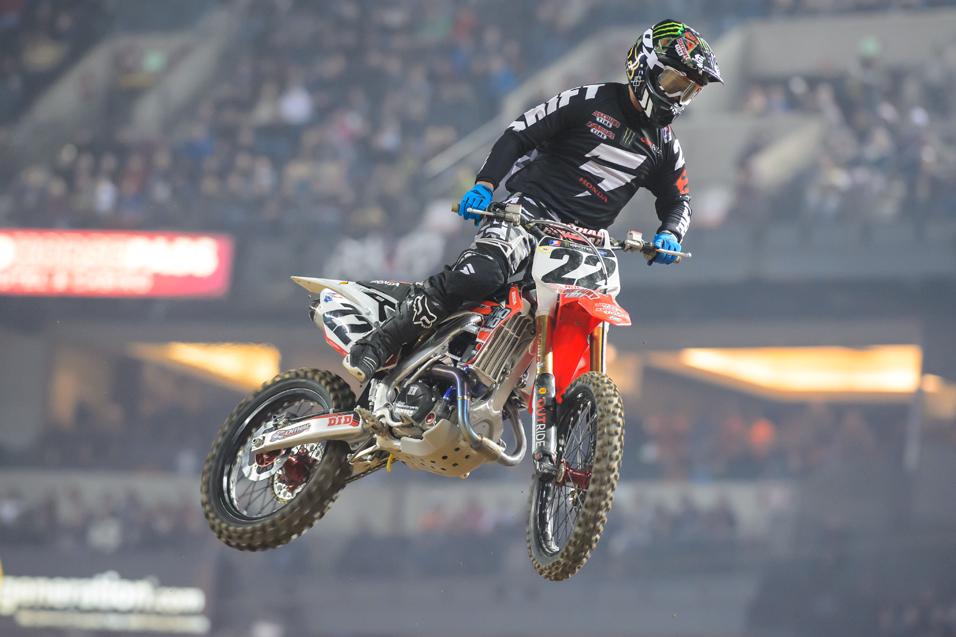 After two races, we’re all pumped up on Supercross 2013. For some extra analysis, we tracked down former 125 West SX Champion Travis Preston for his take on the top riders in each class. Here’s Travis.

Being a spectator is actually fun this year. The big bike class hasn't been this exciting since Anaheim '86.

In the 250 class Eli Tomac and Ken Roczen are the guys to beat. One reason these riders are doing well is focus. Tomac and Roczen look smooth because all their attention is paid to the track and what they need to do on the bike to go fast. These are selfish riders, they only care about themselves and the track, that's it. When you are this focused, you make fewer mistakes than your competition. That is why Tomac and Roczen are in control, hitting the lines that they choose. Tomac has always looked mature and focused but Roczen has not. Roczen's first year in SX was kind of scary. At Phoenix, that first year, he was all over the track and ended up jumping off the track and crashing. Now he has learned how to keep the motorcycle on the track, and if Tomac isn't on his A game he is right there to challenge. At Phoenix both riders had to make passes to get to the front. They didn't freak out and make a bunch of mistakes. TomRoc (yup, one name) remained calm and focused and it showed in the results. 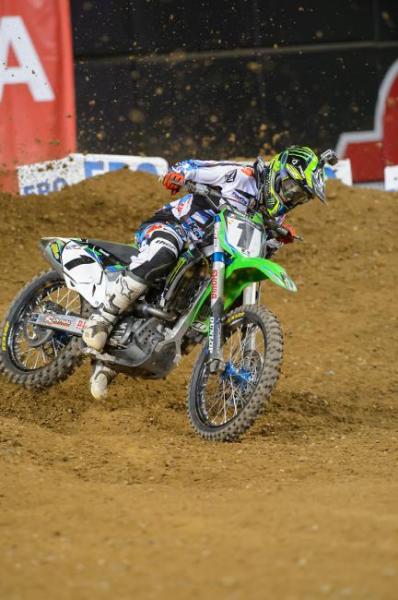 "Ryan Villopoto's crash at the beginning of the race could be blamed on focus." - Travis Preston
Simon Cudby photo

Jessy Nelson was another rider who was focused at Phoenix. The problem for Jessy was he was focused on the wrong things! Jessy was focused on what his friends where doing behind him. I know this because he kept looking over his shoulder when he should have been looking at the track. When you take your focus off the track and place it on things behind you, those things will soon pass you by. When you get the holeshot and are leading, just focus on the track and try to go very fast around it.

I believe focus also played a part in the 450 class at Phoenix. Ryan Villopoto's crash at the beginning of the race could be blamed on focus. Ricky Carmichael says it’s the air forks, but Ricky has money to count and a team to run, he doesn't have time to rewind the tape 25 times like I did. In the camera view of Villopoto's crash, you can also see Chad Reed. Chad hit the turn differently than Villopoto did. Chad knew the turn was slick, so he started his turn a little farther back, actually starting on the single jump into the turn. He started braking hard off the single jump into the turn, so he could have more time to set up for the turn. Chad was braking so hard his rear tire was locked up as it left the jump. Ryan had to hit the turn differently than Chad because Ryan was not able to go triple-triple- triple-single, which was the fast line. Ryan was forced to double into the turn, which gave him more speed and less time to prepare for the turn. I think being off the fast line and trying to push a unfamiliar line too hard was the reason Ryan crashed. Ryan is possibly distracted by the pressure of defending his title, winning three in a row or just trying too hard to get back to dominance. The trap he is falling into is going to bite him the same way it has Stewart if he doesn't figure it out. With a little more patience, Ryan could have focused more on the turn, stayed on two-wheels and maybe won the race. And in my assessment of the crash, I have also taken into consideration Ryan's performance at A1. I think everyone would agree his focus wasn't where it needed to be at A1. 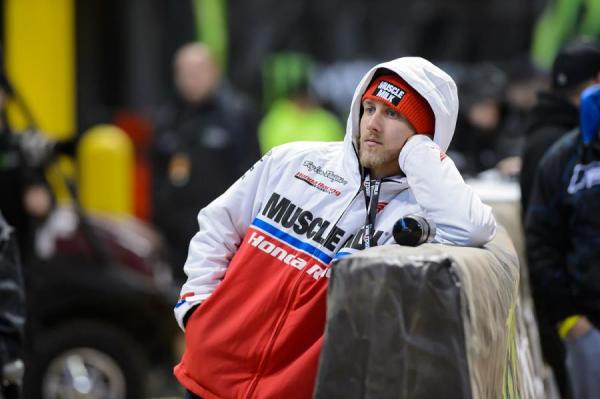 Justin Barcia is a good example of a rider maturing and growing. At the Monster Energy Cup Barcia was fast, but very sloppy. It would have been hard for him to finish a SX series riding that way. At Phoenix Barcia looked smooth, focused, and patient. At times I thought Barcia resembled Ryan Dungey. Barcia was carrying a lot of momentum at Phoenix, but he was also in control of the bike. I have also noticed that when you see Barcia throwing big whips in practice or a heat race, that means he is feeling good. He did this at Phoenix, and I also saw some one legged whips at the Monster Cup. For being just a rookie, Barcia is looking really good.

As for Ryan Dungey, this year's SX championship might be determined by how he handles the bad races. Ryan had some bad luck at Phoenix, and he handled it like a champion should. He had a bad heat race crash, which put him in the last chance qualifier. He qualified for the main and salvaged an 8th place finish. Not great, but he remained calm and did the best he could. The way Ryan Villopoto is riding, I would be nervous for him if he ended up in a LCQ. Villopoto has had bad luck, and he is panicking. Villopoto created most of his own problems at A1, and he ended up 16th. When things don't go your way, remain calm, stay focused, and just do the best you can. 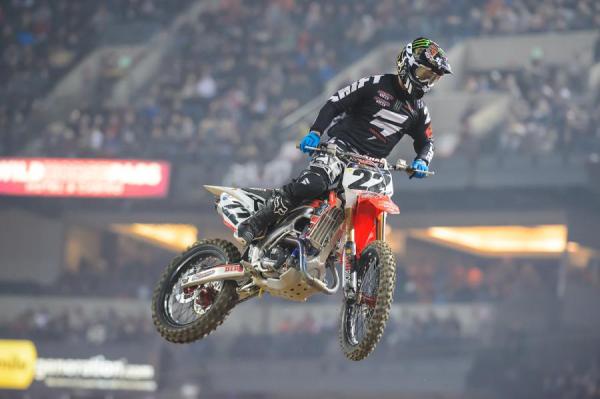 "I think he is still getting used to the '13. I'm confident that over time, Chad will get the bike working the way he wants." - Travis Preston
Simon Cudby photo

While the first two races had lots of action up front; Chad Reed, meanwhile, was quietly racking up 4th place finishes. It looked like Chad was feeling things out at A1. He spent a lot of time off the bike last year and is having to get used to a new motorcycle. Chad looked very comfortable on his 2012 Honda, and I think he is still getting used to the '13. I'm confident that over time, Chad will get the bike working the way he wants. At the first race Chad finished 28 seconds behind the leader. Phoenix went better for Chad; he closed the gap to 13 seconds at the finish line. If Chad keeps moving in this direction, he will soon be battling for a win.

Some riders have started this season with lots of speed and are looking very strong. The question is how will they look at the end of the season in Las Vegas?