A PDF version of this list may be downloaded at www.amasupercross.com from the rules and bulletins section. 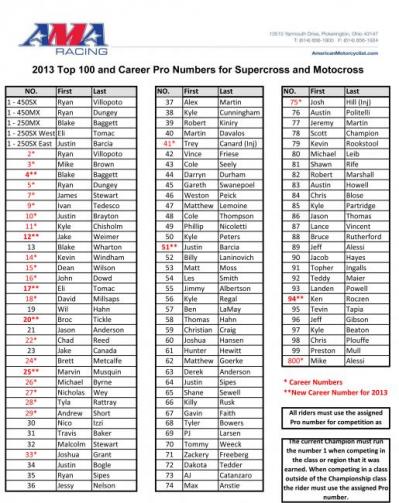