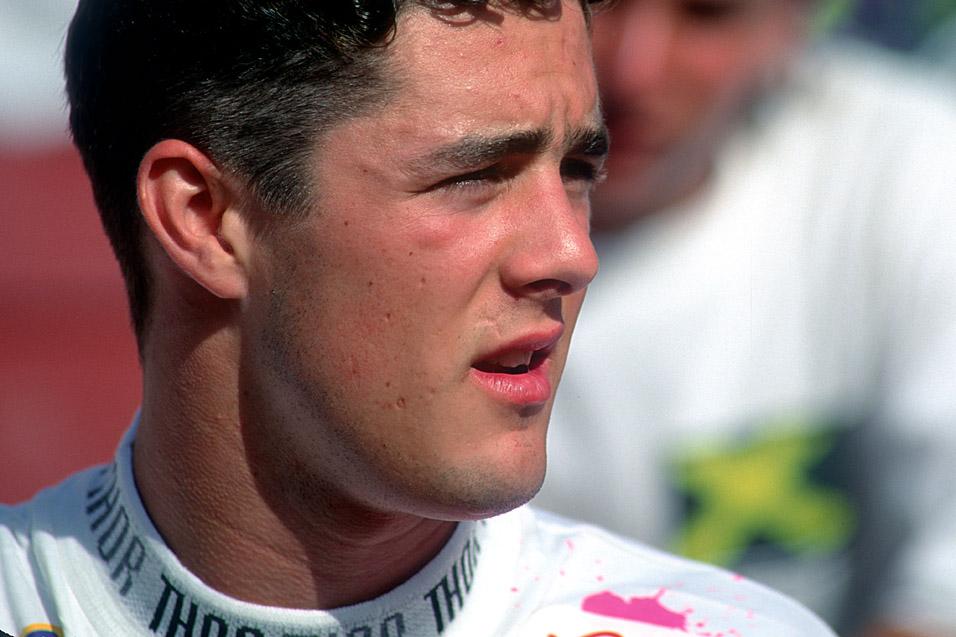 This Week in Yamaha History: The 1992 Final

We are heading into the final race of the 2012 Lucas Oil Pro Motocross Championships, so for This Week in Yamaha History, we're looking back at a dramatic series-clinching outdoor motocross final.

When it comes to title clinches at the final round, not many can beat Team Yamaha’s Jeff Emig walking away with a very unexpected 1992 125 National title. Starting the season out pretty slow, Emig was not expected to be one of the main front-runners for this title but around halfway, Fro simply caught fire as he started winning moto after moto. But the points leader, Kawasaki’s Mike LaRocco, stayed consistent, and with four motos left in the year, Emig was still 48 points down to “Iron” Mike.

The penultimate round at Steel City (coincidently also the penultimate round this year and I just put that in there to use the word “penultimate” once again. Penultimate! There's another!) took off with Emig running in third, then passing for second when Ryan Hughes went down. After that Emig worked on DGY Yamaha’s Doug Henry for the lead before getting by him. LaRocco, then running in third, had disaster strike as his Kawasaki gave up the ghost and that was it, a DNF and 25 points gained for Emig. 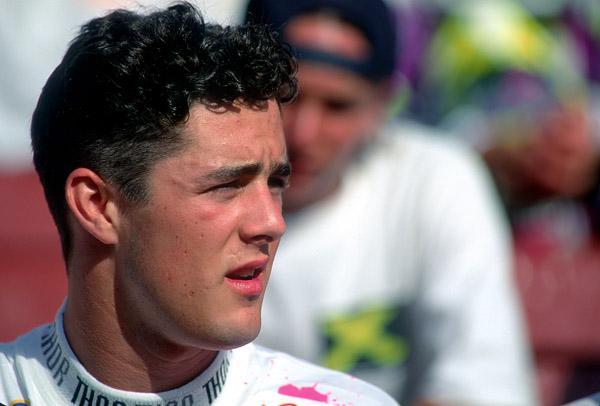 Emig was the unlikely winner of the 1992 125 Championship.
Fran Kuhn photo

In the second moto it was more disaster for LaRocco as his carb fell off and Emig once again rode great to a second and the overall win on the day. That was it, a 48-point lead reduced to just one, folks. Just like that. And even though he was still second in points, there was no doubt that the momentum was all behind Emig and his YZ125.

Budds Creek, Maryland hosted the final round, and before the race LaRocco said that his “rock bottom” was at Steel City and things were still looking great for the title. But oh no, it would get a lot worse for Mike!

But first Emig did his part by leading early in moto one, while LaRocco was third. Starts being Mike’s downfall for most of the year, a third-place start was good for him, and he looked solid. But then, more problems for LaRocco as his Kawasaki KX125 lost a shifter in a collision with Suzuki’s Ron Tichneor. He tried to pull in and get one put on but his mechanic (and father, Mike LaRocco Sr.) didn’t have one in his tool bag.

Another DNF for LarRcco and a clutch ride for Emig -- who won the moto and now had an amazing 24-point lead going into the final moto of the year. Again, that's three straight DNF’s for Larocco and a 72-point swing in the championship. Makes Blake Baggett’s 14-point lead this weekend look pretty small, no?

Needing a miracle, LaRocco pressured Emig early in moto two but soon dropped back into second. Emig had another great race to “stamp” his first ever professional title and a very unlikely one at that. At the end of the day, Yamaha had claimed another 125 National Championship title and Jeff Emig was on his way to becoming one of the greats.

He just needed a little luck, that’s all.