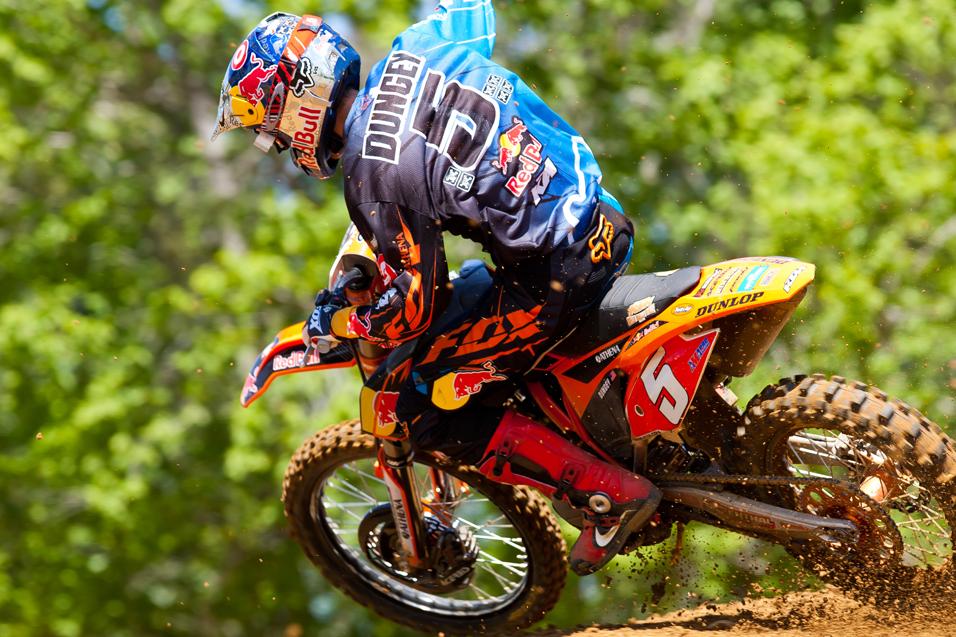 Advertisement | Advertise with Us
Budds Creek Motocross Park Mechanicsville, MD Budds Creek Lucas Oil AMA Pro Motocross Championship
You don’t need to give Red Bull KTM’s Ryan Dungey instructions on what to do. When the opportunity is there, he takes full advantage, and right now big guns like Ryan Villopoto, James Stewart and Chad Reed are out of Lucas Oil Pro Motocross with injuries. What has RD5 done in their absence? Win every single moto. He talked about his latest win, at Budds Creek, in the post-race press conference, and yes, admitted he likes racing a lot more when a talent like James Stewart is out there to battle him.

Racer X: All around, just a great day for you.
Ryan Dungey: Yeah, it was really good. Started that way in practice at the beginning of the day. Made a few changes to the clickers for the second practice, and that was really good and helped me get a good time. I got out to good starts today in both motos and that was good. Took a little longer to get to the front, but Mike [Alessi] was riding well, as well as Broc [Tickle]. Then I just put in good laps and went from there. 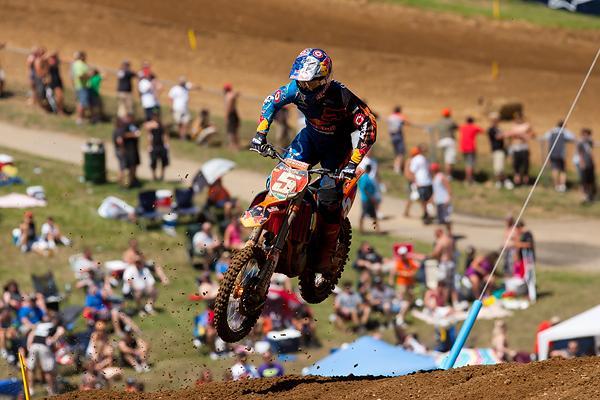 Ryan Dungey once again dominated the competition at round five at Budds Creek, going 1-1 for the overall.
Andrew Fredrickson photo

Seems like we deal with different elements every week, last week was more hard pack and slick. Here there wasn’t a problem with traction, but there were lots of ruts, bumps, and some tricky off cambers.
Yeah, this has always been a great track, and it seems like they do a better job year after year here. They prepped it really well today. It was deep and rough and never got to the point where it was hard packed anywhere. It was enjoyable and it made for good racing. It wasn’t really one lined, a lot of people will say it was one lined, and it was in a few parts, but for the most part a lot of lines opened up. You had to be really on top of you line choice.

Ryan, no disrespect to any other riders, but at the beginning of the season we knew there would be four or five riders who would be very tough. So my question to you is, when you’re having a really good run of being dominant like you are right now, and you don’t have people pressing you, how hard is it to readjust when the likes of Stewart or Reed or Villopoto come back?
You know, absolutely, having a couple of guys out, like at the beginning of supercross they were all there, and we had some good battles. It was a rough season in supercross, some guys had injuries, and sitting here today, there’s a couple guys out, for sure. It’s two things. When those guys step in, like having James come in, and not downplaying any other riders, but when a guy like James is there, and he has speed, and you know he’s going to be there every weekend, as well as Villopoto and Reed. Having that at the beginning of the season, for me, it was good. It keeps the fire going, it keeps you motivated, it makes it fun to come to the races. I’m not saying it’s not fun to come to the races right now, that’s not what I mean. But the focus….you have to be there and put it out there every weekend, and I’d like to think I do that every weekend. But when a guy is out, it’s actually harder, you have to keep your focus more, because you’re wanting to think it’s going to be easy. And it’s never easy. Don’t take this the wrong way, but I want all those guys to be out there. Knowing that we’re beating the best. It’s a shame that some guys are missing, but that’s part of the game, and I still have to do my job and work hard and try to win races. I have to do my best, and if that means I win, I win. If it’s third or fourth, that’s what it is. For me, I like to focus on myself, and I really look forward to when we’re all on the track racing each other again. 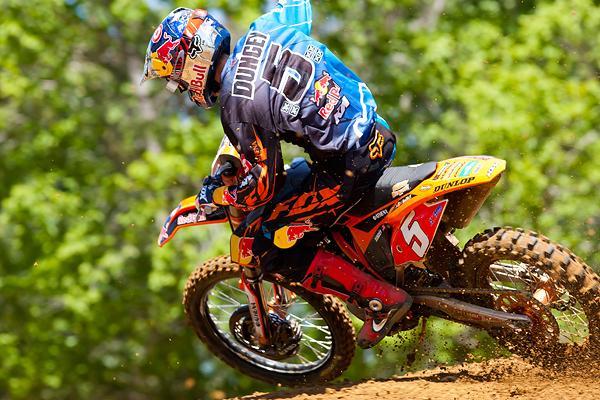 Ryan, on the starts you seem to be somewhat conservative. Is that a strategy?
No. I try to get up there as quick as possible. The first moto I started second and I was able to get into first quickly, and that really helps. Every time we take off, I’m doing everything I can to get into first.

Last question. We’re headed to RedBud. Your thoughts.
RedBud is also a really fun track, they do a great job prepping it and they have LaRocco’s Leap which is always fun. So I’m looking forward to it. We have some time off, which is a shame because things are going well, so we’ll just keep working hard and trying to make improvements.