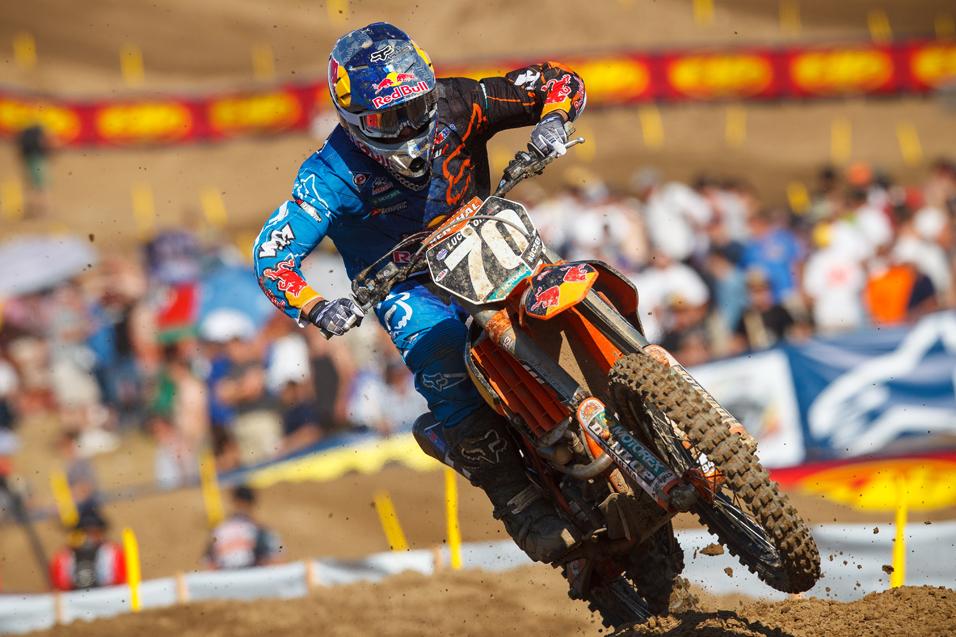 First experiences are supposed to be about testing the waters, but Red Bull KTM’s Ken Roczen nearly walked on water in the first Lucas Oil Pro Motocross Championship race of his life.

In the first moto, Roczen passed Justin Barcia for the lead, and would hold it for nearly thirteen of the moto’s seventeen laps. As the clock wore on, however, a charging Blake Baggett started reeling Barcia and Roczen in, and just seconds before the 30-minute mark was reached, the leaders crossed the finish line, which effectively gave Baggett the extra lap he needed to go for the kill. Several turns before the finish, Roczen made a fatal mistake by taking a rough, inside line he hadn’t taken all day, which allowed Baggett to squeak by and win the moto by half a second.

A small tip over early in the second moto relegated Roczen to third, although he nearly caught Barcia as the race drew to a close. The end result was third overall for the current MX2 World Champion, who says he is trying to adapt to the American way of motocross. 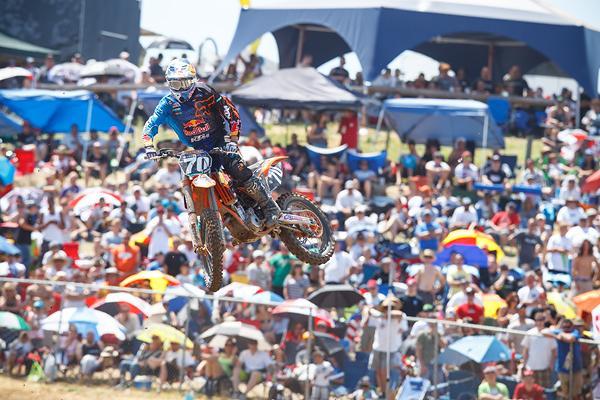 “This was my first National. I’ve never ridden here, I don’t have a system, I don’t have training. I don’t have anything, but I think for me it worked out pretty good,” Roczen said in the post-race press conference. “I was running decent in the first moto, and I got passed on the last lap a couple corners before the finish, so I wasn’t too happy about that. I have to learn moto by moto.”

Roczen came within one lap of winning his first-ever moto in American Motocross. If he's able to do this well with zero experience, how good will he be with a few rounds under his belt?