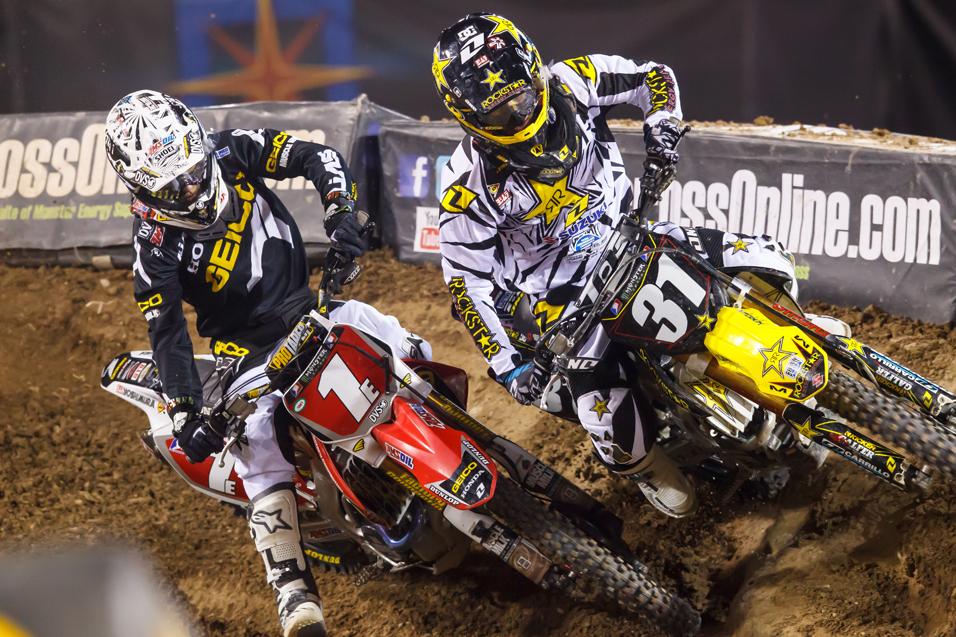 The Moment Davalos Goes For Broke

May 8, 2012 2:30pm
by: Jason Weigandt
Sam Boyd Stadium Las Vegas, NV Las Vegas Monster Energy AMA Supercross Championship
Okay, in Las Vegas it occasionally pays to bet on the wild card, and often things happen there that aren’t going to happen anywhere else. And then, apparently, they stay there.

But even with the “expect the unexpected” mentality rolling into Sin City this weekend, the final race of Monster Energy Supercross in 2012 delivered a brief shocker, one certainly no one was predicting. 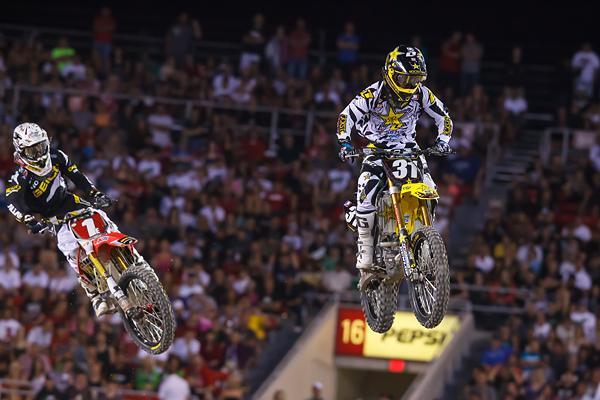 Vegas had turned into a GEICO Honda show. Justin Barcia and Eli Tomac came in with titles won, and then took their final East and West races. Then, in the Dave Coombs Sr. East/West Shootout, they got off to good starts to set up a 1E vs. 1W showdown. One rider was in between them, Rockstar Racing Suzuki’s Martin Davalos, but most everyone expected Tomac to rip past Davalos and go after Barcia. After all, the Honda boys were running the number one plates, and Davalos had only generated a single podium finish all season long.

But that’s not the way it goes in Vegas! Davalos actually became the aggressor, and instead of getting passed by Tomac, he actually went after Barcia and took the lead!

For two glorious laps, Davalos led the best Lites riders of 2012. As the race reached the halfway point, Davalos was in position to grab the first Lites SX win of his career—and what a race to win! 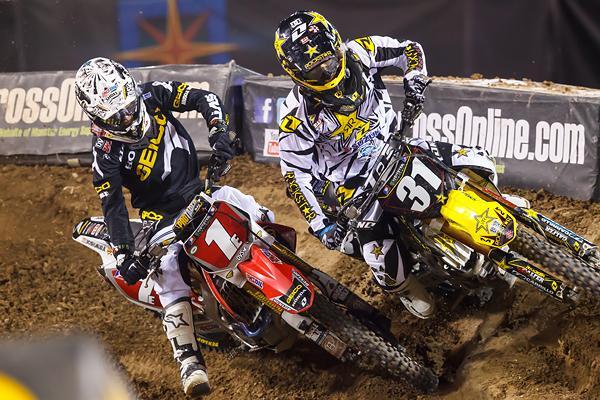 But the champ, Justin Barcia, would respond and take the win over Tomac and Davalos.
Simon Cudby photo

Alas, not to be. Barcia regrouped and put the pressure on. Davalos made a mistake in a rhythm section, and the two Honda boys went flying by him. From there on out, the race played out as expected, with the 1E and the 1W slugging it out to prove who was best.

But for one moment, the wild card made a bid for the jackpot.