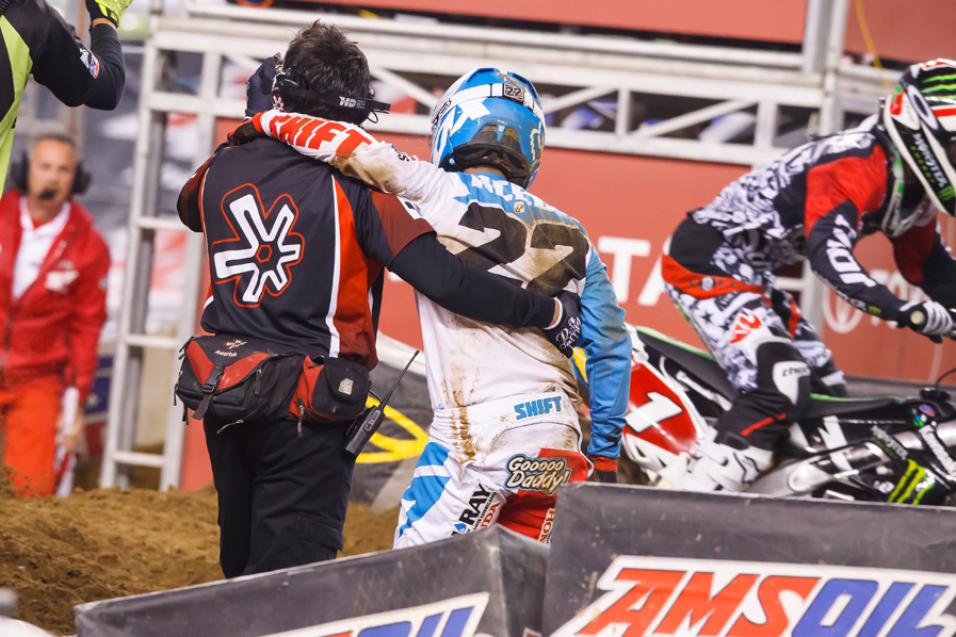 You could make the case that Chad Reed was riding the best race we’d ever seen him ride. He was faster and more aggressive in practice than usual, and spent the first eight laps of the main event trying to set up a pass for the lead on Ryan Villopoto. RV had taken Reed down in a straight fight last weekend in San Diego, and you could clearly see Reed’s determination to answer back in Dallas.

Until one crash sent Reed down hard. As he went over the bars, his foot got stuck in the bike, and when the bike flipped one last time, it yanked hard on Reed’s leg. 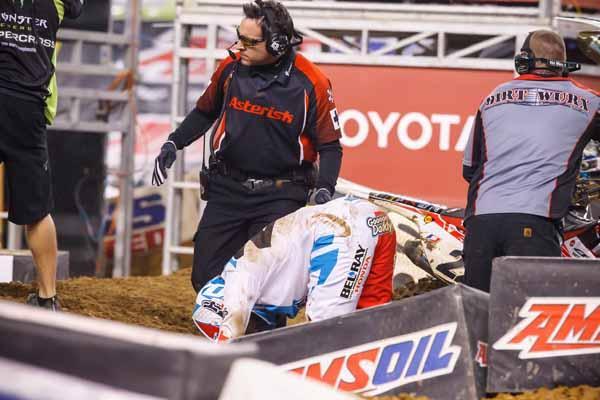 Since Reed is normally so consistent and so tough, most expected him to hop back onto the bike. When he couldn’t, it was apparent something was wrong, however, he didn’t appear to be in too bad of shape as he was helped off the track by the Asterisk medic crew. But this was actually a sign of Chad’s toughness, too. His injuries—broken lower leg, torn ACL, broken ribs and a broken vertebre—are massively painful and will take him out at least for supercross if not for the entire 2012 season. And Reed turns 30 in few weeks. He’s looking at a long layoff and more of the same questions about his ability to bounce back, just like he faced after his big crash at Millville last summer.

Reed made his way back from that one to ride as fast as ever. Will he do that again? The answer to that determines just how big of a moment this really was.