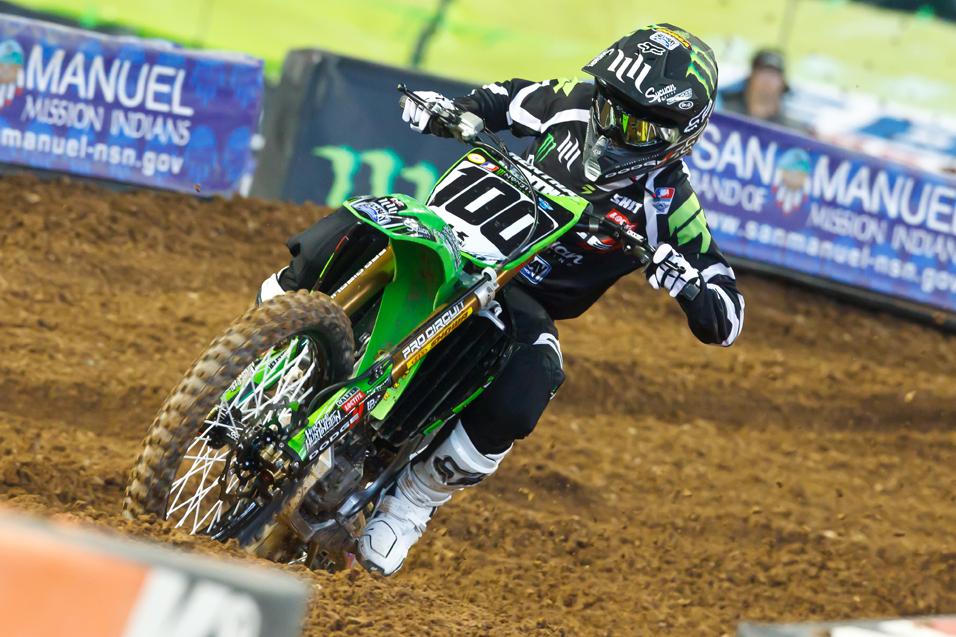 Hansen Time
With a history of flaming out in the supercross class, many people were wondering whether or not the Dodge Motorsports/Hart and Huntington team made the right decision when they picked up Hansen for the 2012 season. With two tenth-place finishes so far, Hansen has performed right down the middle, which is pretty solid for the early season against very stiff competition. Both results have come after lousy starts, and if Hansen can get off the line better tomorrow night, his results should improve substantially.


Rejoining the Ranks
Last week Canard rejoined the racing ranks after breaking his collarbone in December. The result was a seventh place finish, which is certainly respectable, but not where a guy with Canard’s ability wants to be when healthy. When will Canard's confidence and health get back to the point where he can start fighting for race wins? We may find out this weekend in Los Angeles. 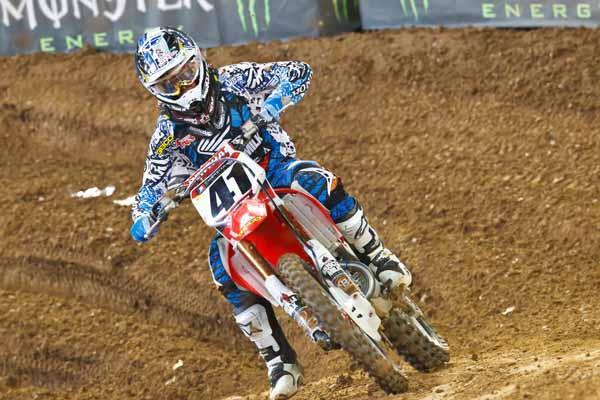 Trey Canard finished seventh in his season debut last week in Phoenix.
Photo: Simon Cudby
Can Wey Rebound?
The veteran has not started the season off with a bang, to say the least. Wey followed up his DNQ in Anaheim with a DNF in Phoenix when he was landed on by Jimmy Albertson. Regardless of his luck, Wey badly needs to earn a finish that starts with a number, not a letter. Can he rebound tomorrow night in Dodger Stadium?


Going for the W
We’ve seen Tomac set the fastest lap times two races in a row this year after bad starts have forced him to work his way through the pack. It’s obvious that Tomac has the speed to run at the front, but unless he can get his starts dialed in, he’s going to be fighting traffic while the frontrunners check out. Will Tomac get a good start and battle for the lead tomorrow night, or will he watch yet another victory evaporate as he battles through the pack?
The Old Standards
Ryan Villopoto and Ryan Dungey already have race wins this year, but Chad Reed and James Stewart do not. Stewart is fact doesn't have a podium finish yet, and Reed also finished off the box in Phoenix. It's way to early to hit the panic button for either, but they'd also be thrilled to put a W on the board this weekend.


The Whoops
Contrary to what we have been hearing and seeing all week, it looks like we will be seeing whoops at Dodger Stadium this weekend. Check out a picture of the track below. 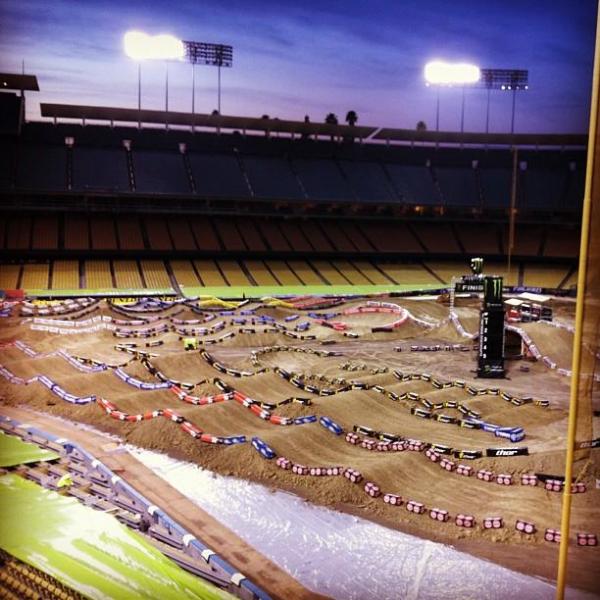 The Weather
It looks like we’re looking at a mudder this weekend in Los Angeles. According to weather.com there is a 70 percent chance of rain on Saturday, which could play right into the hands of mud specialist Kevin Windham. The bad weather could also bode well for Chad Reed, who won his first race in 2011 under dark skies in San Diego. Don’t be surprised if the murky conditions throw a wrench in the title plans of at least one contender this weekend.


Reverse the Curse
Rockstar Energy Suzuki’s Martin Davalos has had a tough start to the 2012 season. After grabbing the early headlines at Anaheim by winning his heat race, he suffered a mechanical problem in the main leading to a nineteenth place finish. Troubles would continue in Phoenix. Once again he would jump out to the lead in his heat race, only this time he would wash out in a corner, leading to a spot in the LCQ. After dominating the LCQ, Davalos would suffer more bad luck in the main resulting in a twentieth place finish. Davalos has shown the speed to be a top five contender, but can he put it all together? 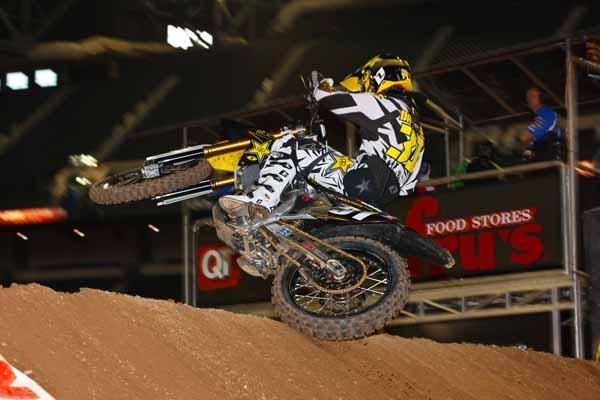 Can Davalos put the pieces of the puzzle together at L.A.?
Photo: Simon Cudby


A New Winner?
The opening two rounds of Monster Energy Supercross have produced a different winner in each class. The Ryans stole the show at Anaheim 1 and Phoenix, respectfully, while Cole Seely and Dean Wilson have taken wins in the Lites class. With bad weather on the horizon, and legitimate race winners stacked across the board, will L.A. produce yet another first time winner in 2012?
First Time for Everything
Current Lites points leader Tyla Rattray has yet to capture an SX win in his two brief seasons on the circuit, yet he will be wearing the red plate this weekend in L.A. As teammate Dean Wilson can attest to--Wilson did not win a outdoor race in 2011 until Unadilla, yet still took home the title--you don't have to win early, but you do need to win late. With a class full of potential race winners--Tomac, Wilson, Musquin, Osborne, Anderson, Wilson, Sipes, Davalos, etc--Rattray will need a race win before the season is over if he plans on taking home his first career SX title. Could L.A. be the weekend where Rattray strikes magic?
Presented by:
Read Now
April 2021 Issue Now Available