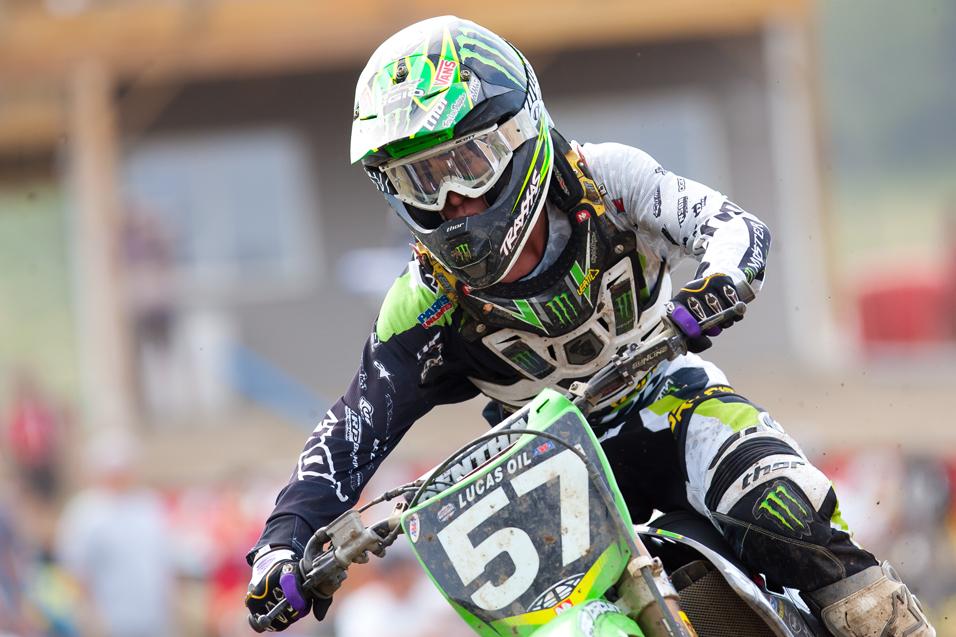 Advertisement | Advertise with Us
Unadilla MX New Berlin, NY Unadilla Motocross Lucas Oil AMA Pro Motocross Championship
We are running out of questions to ask in the 250 Class of the Lucas Oil AMA Pro Motocross Championship. Every week, a Monster Energy/Pro Circuit Kawasaki wins. Tyla Rattray, Dean Wilson or Blake Baggett take the top step of the podium, and then we genius media types, out of questions, go back to the same thing. We ask, “How are you guys able to compete so hard even though you’re teammates? Is it tense under the tent?”

Then the riders give us the usual answer about respecting each other and the team, blah blah, blah, controversy diffused, next question please. 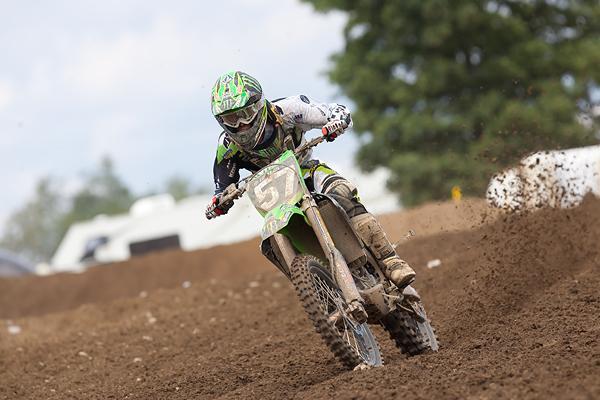 Baggett will be riding for Team USA at this years MXoN.
Photo: Andrew Fredrickson

However, there is a race coming up where the three PC Kawi boys will indeed be pitted against each other, and on different teams. Kind of. Baggett has now been named to Team USA for the Motocross of Nations, just as the Scottish-born Wilson will represent the UK, and Rattray will race for South Africa. Mitch Payton, owner of the Pro Circuit team, has always pledged support for the ‘Nations, regardless of what nation his riders hail from. So all three will be racing each other again, on identical bikes, again, but this time for different teams.

And the Pro Circuit team has some work to do, since the MXoN takes place the weekend after the AMA Pro Motocross finale at Pala. So the squad will have to build extra race bikes and ship them to France, all in the midst of preparing for Pala.

Chances are all three will ride well in France, and maybe one will be on a team that hoists the Chamberlain Trophy as the winner of the event. When that happens, we’ll probably have to ask again, “How were you able to compete so hard against a teammate?”