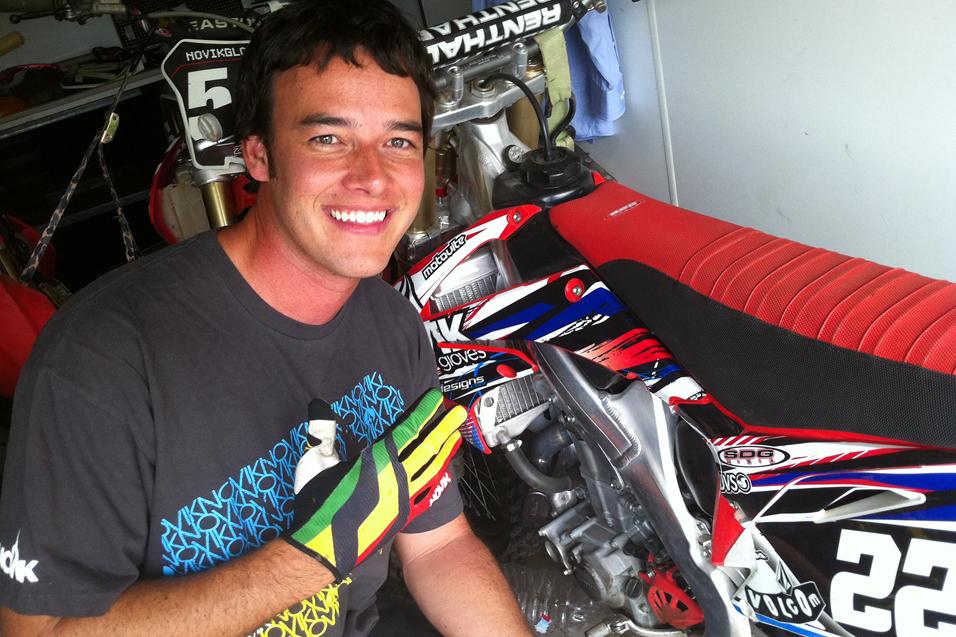 Privateers have been the backbone of American Motocross since its inception. Riders living in box vans for months on end struggling just to make it to the next race have become a fixture in the sport. When Novik Gloves got its start in 2008, they had a concept in mind: support those who need supported. A motto they continue to stand by.

Supporting more than fifty riders—almost all of which are privateers—in supercross, motocross, FMX and the amateur ranks, Novik embodies the grassroots movement.

Co-owners Bryan Oliphant and Erik Nester have quickly turned a startup company into an overnight sensation, with their gloves now being sold in twelve countries worldwide. Oliphant, en route to Unadilla where the concept of Novik first began, stopped by Racer X headquarters on Monday where we caught up with him to learn more about the Novik brand and its goals moving forward.

Racer X: How did the company get its start?
Bryan Oliphant:
I grew up racing and around the sport and I started working for a suspension company and then an energy drink company. I made a lot of contacts on that end, but my business partner Erik Nester, he actually has been involved in the snowboard industry for a long time, so we kind of combined our forces. We were actually driving out to Unadilla, I think about four years ago, and we had a conversation about the sport and the different trends and stuff we were seeing and thought of this connection—basically the option of accessory gloves. We started working on it right when we got back from Unadilla and basically started sourcing out product and revising the product and trying to satisfy the needs of the riders and getting feedback from the whole community and everything. 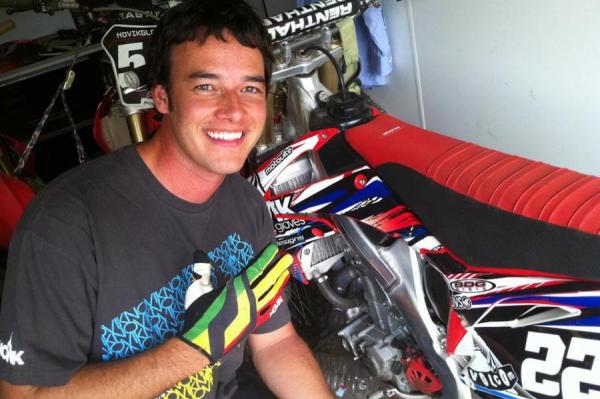 Oliphant is in charge of the Marketing and Promotions at Novik, which involves team and athlete opportunities.
Photo: Andrew Fredrickson

You currently sponsor a lot of riders. What types of things are you looking for when choosing riders?
Yeah, that is actually my role. I handle the marketing and promotions end of the company, so any of the athlete support is under my to-do list basically. It depends, there are certain guys that we look at to hope to carry on our brand image. We really like to support the privateer kids. Growing up, I always envisioned this company as I had hoped companies would be when I was 14 years old and racing. I wanted to give support to the guys that needed support and really promote that as much as possible. We help out a lot of kids that are struggling just to get to the next round however we can. Sometimes it’s not much, sometimes it is. The Sewell boys [Travis and Shane], they need a lot of support and I see a ton of potential in them, so we step up to try and support those kind of guys. That’s basically the vision we hope to bring in. There are a lot of other areas as well. If we hope to try and increase brand awareness in certain parts of the country, we’ll help out guys like the Sewells and we sponsor Matt and Johnny Moore down in Texas.  We’re hoping to kind of pump up that area [Texas], so it has a lot to do with demographics as well.

Novik is a fairly new company that has gained national recognition rather quickly. How have you gone about branding the company? Does it come down to just demographics and having riders across the country wearing the Novik brand?
We were trying to find those riders that didn’t just go sit in their trailer after the races, but that were active in their local communities and had a lot of fans. One of our big goals when seeking out athletes was to find riders that would provide a real grassroots feel to the company and that’s really what we were looking for. Next year we are probably going to have to pick up a few big names to try and help out our international scene. Actually, Unadilla is going to be really important for us to make that land for 2012.

Are there any plans in the future to branch out into other action sports like snowboarding or BMX?
For 2012 our vision is to continue to move forward in the moto community. We actually want to start doing some more stuff with the off-road side. It’s really something we want to push harder in, because it is an awesome form of racing that people don’t really put a lot of focus on. As far as outside sports, we are looking to move into BMX or the cycle sports for next year. We are kind of going to leak it out next year and then in 2013 we will probably make our push. We have a few guys that are pretty hard hitters in the BMX racing side, so we are going to try and get them to leak it out a little and then hit it hard for the next year and start advertising and stuff.

Matt Lemoine—a rider who a lot of people like and respect—has been the face of Novik Gloves. Is it a positive thing to have him as the face of the company?
Yes, for sure. We are really good buddies with Matt and this year he ran into some issues with major support and kind of found himself on his own. So we were happy to be able to step and help him get to all the rounds. We also helped out Tyler Bowers and some other guys this year, but really Matt has been more of our featured guy, especially in supercross. He has really been awesome for us, as far as building of the brand. He has a ton of fans and he puts off a really good vibe. So I think it has really been a positive thing. 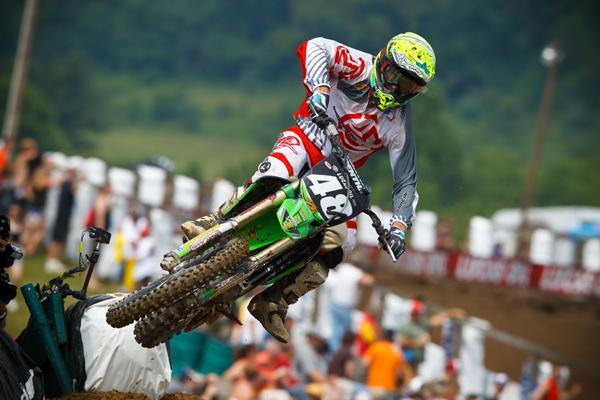 How have you felt the outdoor season has been for the company thus far—in terms of your riders?
I think it has been real positive. It’s hard with a starting company to get into the top ten consistently. It's always something where you are looking for better results, but right now we are super proud of all of our guys.  If they make the main I will call them on Monday and tell them “Awesome job.” I’m just excited to be able to support their program and keep them racing in any way that we can. I think things are going well and I think we are getting a lot of attention and a lot of guys are getting a lot of support from the help of you guys putting out the privateer galleries and those types of things, which goes a long way. Not only with their local communities but also nationally and internationally. People pay attention to all that stuff, and now everyone is looking towards accessory gloves, so it’s working. [Laughs]

You’re also a big supporter of the amateur scene. Can you tell us a little bit about how the company got started in amateur racing?
When we first got going, the easiest thing to do was calling up the kids that were racing amateurs. So we brought in a few guys that were killing it on the regional scene. Then we started branching out and started helping out some kids that were racing Loretta’s and all the national events. That is something that we really want to push forward with. Our goal this year is to try and pick up some bigger kids that we can kind of grow with into their pro careers. Like I said, we have our hands full with the pro side, being a smaller company you have to do everything. Erik Nester does all the sales stuff and Donny Stanley does all of our design stuff and I do the pro stuff, so it’s a lot. My phone goes off all day with calls. So it is hard to be everywhere at once.

What are you looking for when you scout amateur riders?
A lot of that what we look at is obviously having speed on the track, but a bigger thing is recommendations. If you are looking to pick up some amateur kids in a certain area, typically we will have leads through another direction. That is something that goes a long away. So basically what we are looking for is someone who carries the brand and actually represents the brand in a positive way and maybe has a little bit of an edgy style.

The thing is, for me, I get to know these kids personally and so I know more about them and the more I get to know them the more I stand in their corner and try to push them along. Honestly, the kids that are more appreciative are the ones that I will help a lot more. If I could make any kind of recommendations to up and coming amateur kids is no matter what you get, be appreciative. Because the next time a company has an increased budget they are going to back you first, because either they are a nice kid or they promote their program well. So that stuff is really important when we look at the amateur kids.