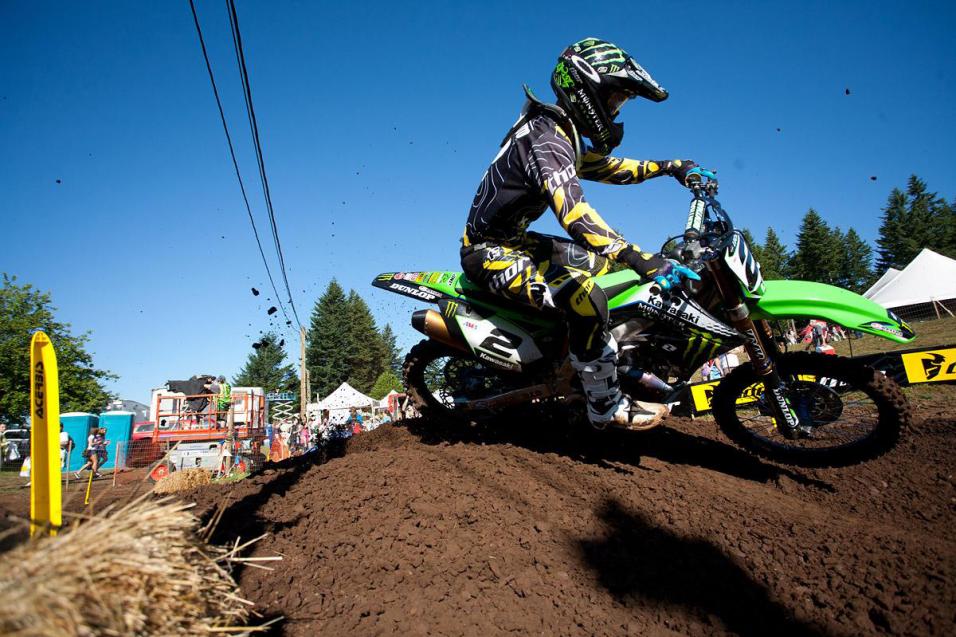 Last week in Millville, Minnesota Ryan Dungey was able to take full advantage of the home track conditions as he tracked down Ryan Villopoto late in moto two to take his second overall of the season. As the Lucas Oil AMA Pro Motocross Championship headed to the Pacific Northwest many were questioning if Ryan Villopoto could put aside the demons of the past at his hometown track and take his first overall at Washougal.

Early on Villopoto looked right at home as he grabbed the early lead over Dungey, Trey Canard and Justin Brayton. Meanwhile series points leader Chad Reed, coming off the “crash heard round the world”, was buried in fourteenth.

Villopoto and Dungey quickly separated from Canard and began to set a blistering pace early in the race. While the Ryan’s were putting distance on Canard and the rest of the field, Reed was struggling to push his way inside the top-ten.

It was déjà vu all over again late in the race as Dungey once again was able to reel in Villopoto at the end of the moto. But unlike last week, when Villopoto took a digger handing the win over to Dungey, it was Dungey who made the late race mistake. Coming out of the whoops Dungey made a hard push to get around Villopoto but washed out in the following corner giving the moto one win to Villopoto.