The first release was produced in collaboration with premier modern lifestyle brand, Volcom.  Built as a brand dedicated to connecting to its core consumers, the partnership between Thor and Volcom was a natural fit.  The end result of that partnership was revealed Saturday night in Anaheim when Ryan Villopoto formally introduced the Thor & Volcom – Flux gear to a sold out Anaheim stadium during the Supercross season opener.  Not only did Villopoto debut one of the latest releases, he also captured the win in very convincing fashion. 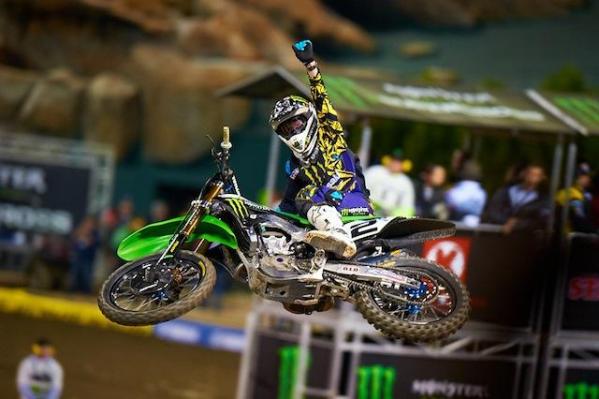 Now Thor, Volcom, and Ryan Villopoto fans can now purchase the same one of a kind gear by visiting their local Parts Unlimited dealership.

A second release on display from the pit area in Anaheim was the all-new Transmit gear.  Despite being sidelined with a broken arm, Jake Weimer was up to the task when asked to showcase the second limited edition release of the weekend. 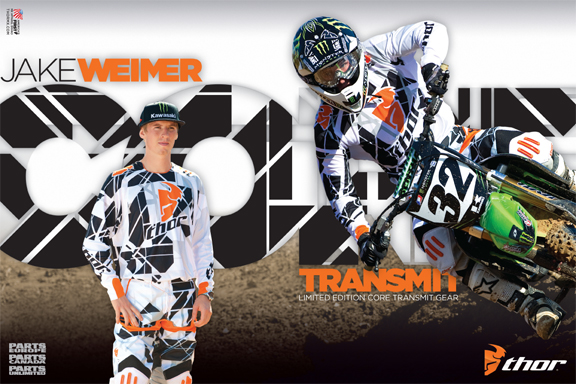 The Transmit gear is the latest addition to the Core lineup, and just like the Volcom gear is available today at your local Parts Unlimited dealership.