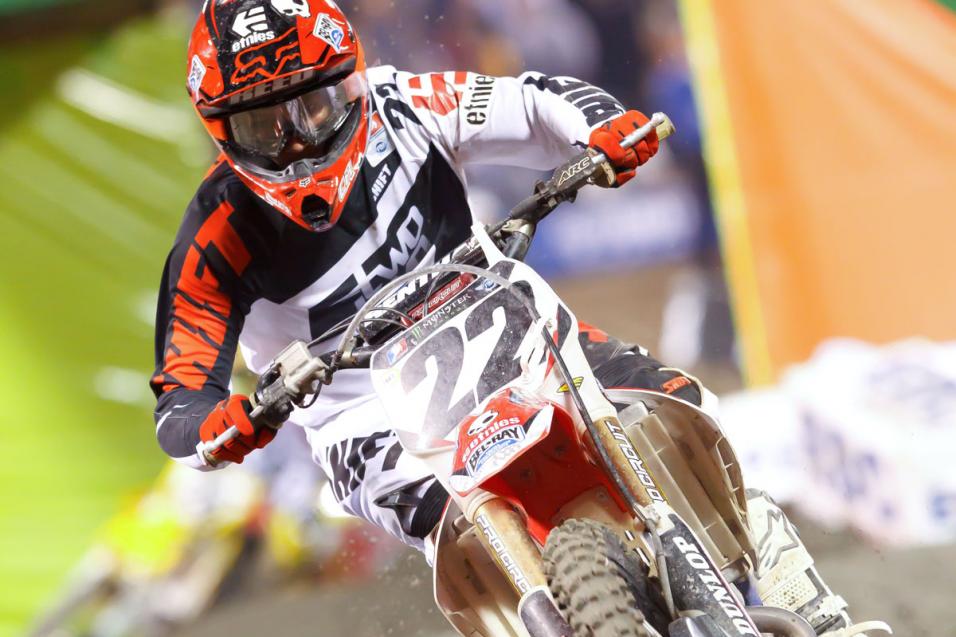 You already know who won the races. Each week, Yamaha Parts' 450 Words gives you a different look at a different story in the 450 class:

A1 has come and gone, and by now you know that Monster Energy Kawasaki’s Ryan Villopoto won the race in dominating fashion, leading 17 of 20 laps. You also know that Rockstar Makita Suzuki’s Ryan Dungey took second, followed by San Manuel Yamaha’s James Stewart. But what happened to Chad Reed?

When the gate dropped, Reed suffered a lousy start, and for the first several laps, was outside of the top ten. Stewart also had a poor start, and when the two found themselves battling over twelfth, it almost seemed like the crowd might see a repeat of the 2010 Phoenix round. Stewart had an easier time coming through the pack though, while Reed struggled with the long rhythm section along the third base line. By the end of the race, Reed had managed to charge up to fifth. It was a solid ride, one that would have left many riders ecstatic, but Reed is used to winning races and finishing on the podium, not rounding out the top five.

When the roost settled, Reed found himself nine points out of the lead with just a single race in the books. In this stacked field, you could say that making up points is going to be incredibly difficult this year, but depending on how you look at it, you could also argue that a talent-laden class has the potential for it to be easier to make up points on the leaders. 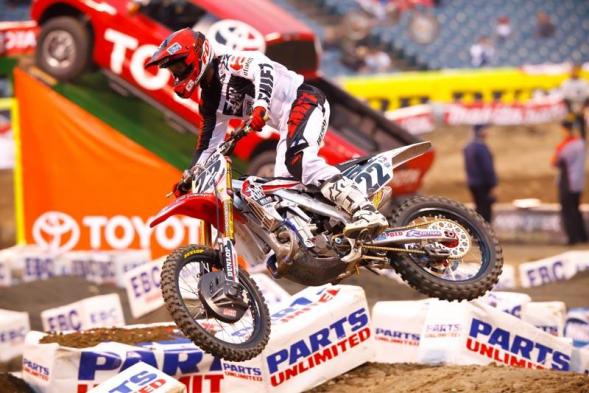 Confused? Let’s break it down. Think back to past seasons when it was a two man race; Kevin Windham vs. Reed circa 2008, Stewart vs. Reed in 2009, or the Ryan vs. Ryan battle we saw during the second half of last year, it doesn’t matter, the concept will remain the same. If a rider has a bad night in the middle of a tight, two-man points race, it can be very difficult to make those points back. He either has to claw his way back by stringing a bunch of consecutive victories together, or hope the other rider has a bad race of his own. In 2009, Stewart had to win six races in a row before he was back on par with Reed. This year, there are so many fast guys with frontrunner speed that nest week Villopoto could just as easily get a bad start and finish fifth, with Chad Reed taking home the win.

Of course, it’s a long season, and this is just one of many different scenarios that could play out. Reed has beaten these riders before, and he could do it again. The question is, will he be able to do it often enough in 2011 to claim his third supercross title?