From the Dream Traxx crew:

The cliché is "if it is not one thing, its another". Well, that was exactly the case at this past weekends Super X in Dunedin.
After a relatively smooth weekend in Auckland, we came into Dunedin in good spirits. After talking to the locals, we were informed that the Dunedin weather is always unpredictable. We were still hoping for the best, seeing that there were three weeks of sunshine leading up to the event. A great day golfing with the crew at one of the most picturesque courses that I have ever played, kept the mood positive. We arrived at the track Wednesday to find the operations crew going to town. The first load of dirt touched the ground at around 9:00 a.m., and the material kept the smile on our faces. It was undoubtedly the best dirt that we have had to work with all season. By 3:30 p.m. all the boards were down and the floor was completely covered with dirt. We were ready to start building. A quick look at the radar showed possible early evening showers. Not really a big issue, as a little moisture always helps keep the dust down and helps the track to pack tighter. The drizzle of rain began right on schedule, but nothing substantial. At around 9:00p.m., while completing the first rhythm section, I got the call over the two-way that the lights would be turned off at 11. After a smooth first day, this would be our first hurdle. Due to the overly expensive cost of running the lights, the 11 o'clock shut down could not be negotiated. We worked like bees to finish everything we could and seal it off in case of more rain. Lights out on day one.
Waking to the unwanted sound of cars sloshing down a wet road and a quick look out the window, it was evident that the drizzle turned into much more. We arrived at the track to find the it covered in puddles, no big surprise there. Our hard work to seal the track paid off, as the water did not penetrate through the surface. On one side of the coin that is a win, on the other side it leaves the track with an extremely slick surface. These conditions would not allow us to haul in any dirt. With a slow soaking rain continuing through the day, we had to chalk it up as a loss. This would leave us with one day to complete the track. Normally with all the dirt in on Thursday that is not a problem, but we still had 2,500 ton of dirt to bring in as well as build the track. Now throw in the 11 o'clock lights out protocol and we had a tough task in front of us.
On Friday morning we were greeted with sunshine for the first time since Tuesday. We knew what we had to do and got after it. Another hurdle to work around was the area that the trucks entered the stadium. This left us with an area that we could not build on until all the dirt was in. The crew put in an amazing push once all the material was in and we were looking good. The lights went out at 11 as scheduled, and we would have to finish the remainder of the track with portable light towers. As we were completing the last berm, drops began to hit the completed track. It was such a mixture of emotions having the gratification of completing a daunting task, mixed with the agony of watching our hard work take on an excessive amount of water.
It was inevitable that we would have a mud race on Saturday. Practice was cancelled due to the conditions and to help preserve the track. The racing got under way at 6:30 and it was the best it could be considering the conditions. It ended up being one of the most exciting races of the series due to all the riders slipping and sliding all over the place.
We had the best dirt with the worst weather, "if it is not one thing, it is another"
I can't say enough about my crew this year and I am so proud of them for what we accomplished. We built a supercross track in 23 hours, and we will all lead into round 6 in Sydney with our heads held high.
For more information about Dream Traxx visit www.dreamtraxx.com. You can also check out our latest creations and get all the 'dirt' at www.facebook.com/dreamtraxx and www.twitter.com/dreamtraxx. For more information on the Australasian SuperX Series, visit www.superx.com.au 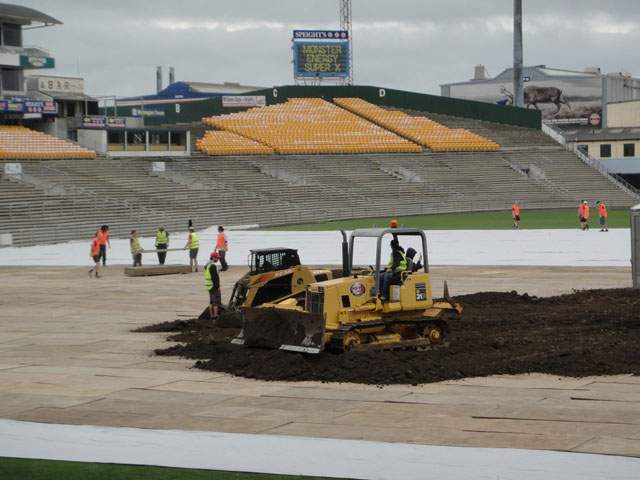 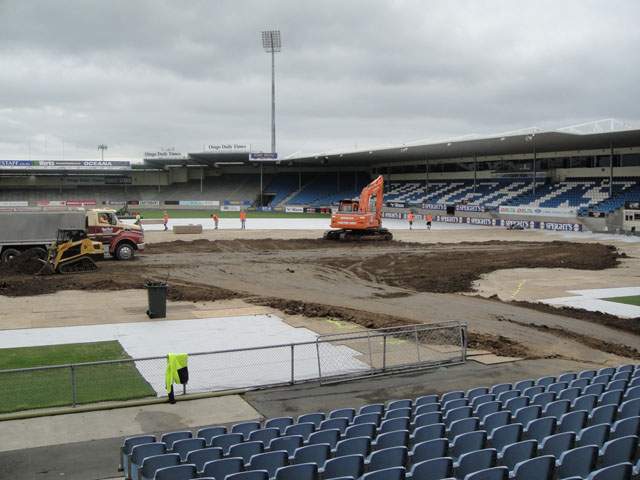 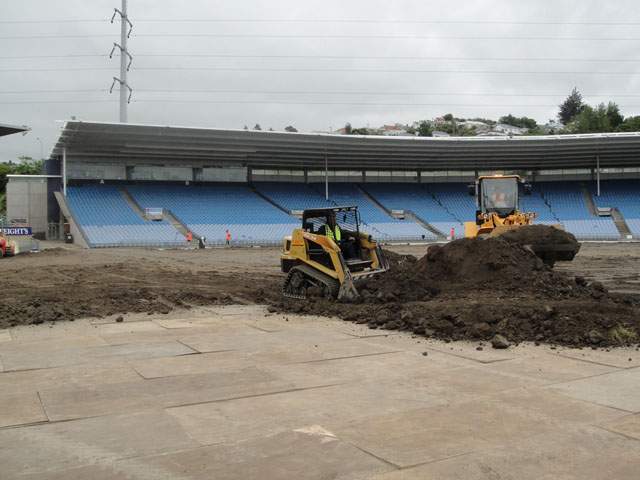 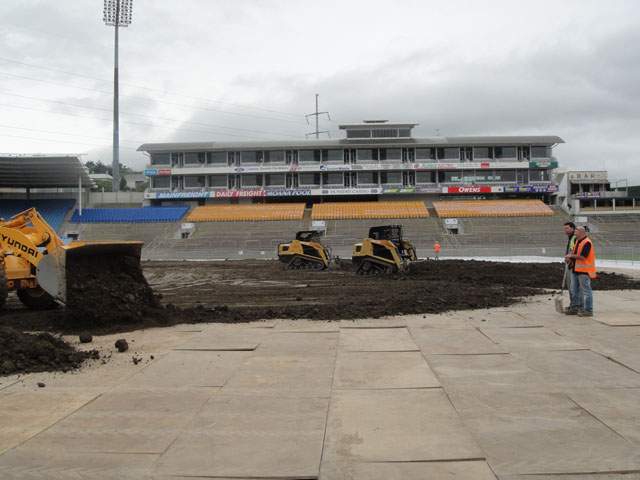 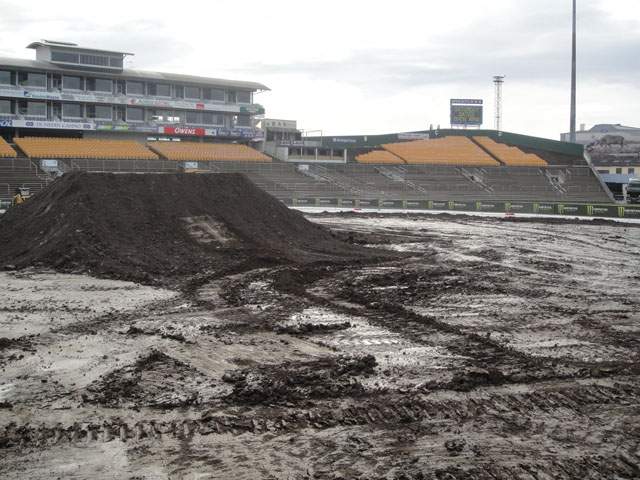 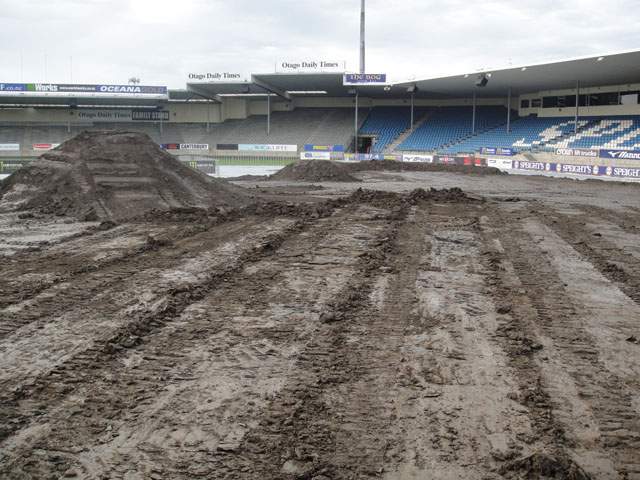 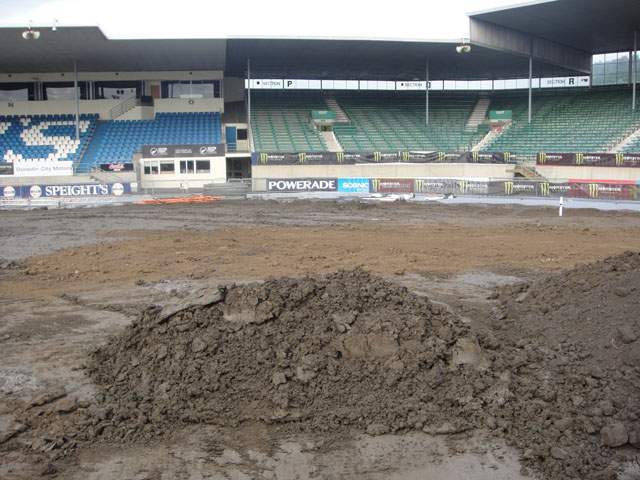 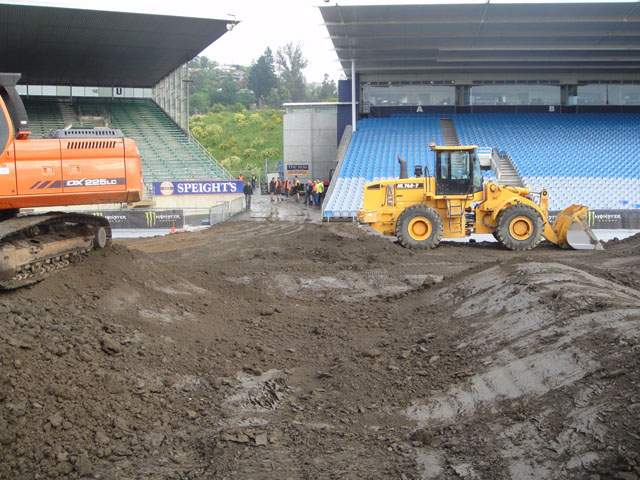 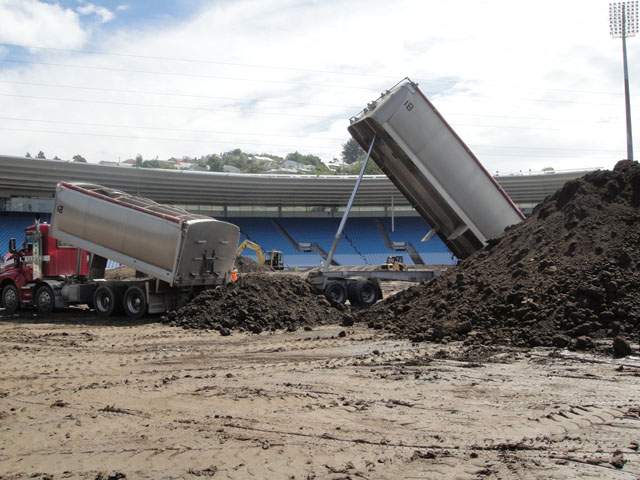 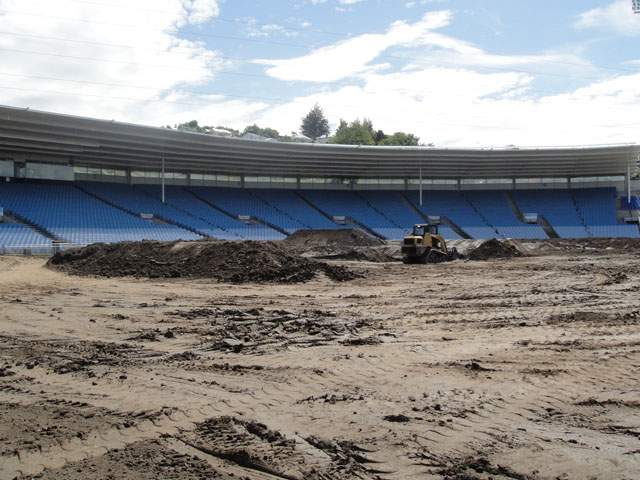 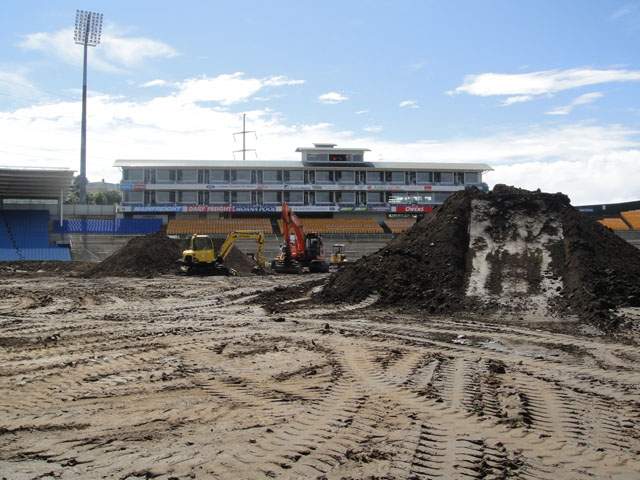 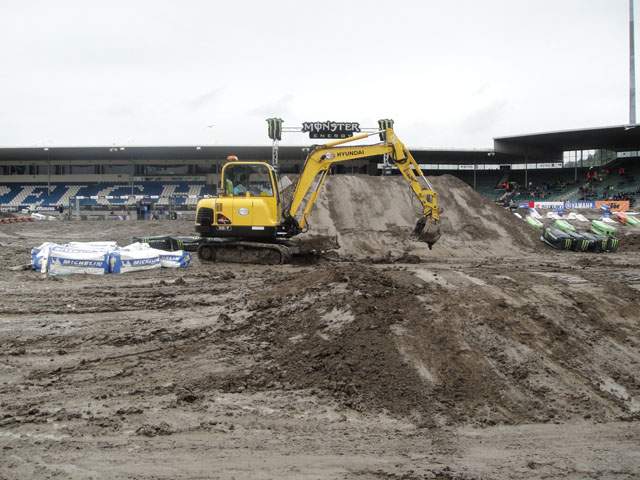 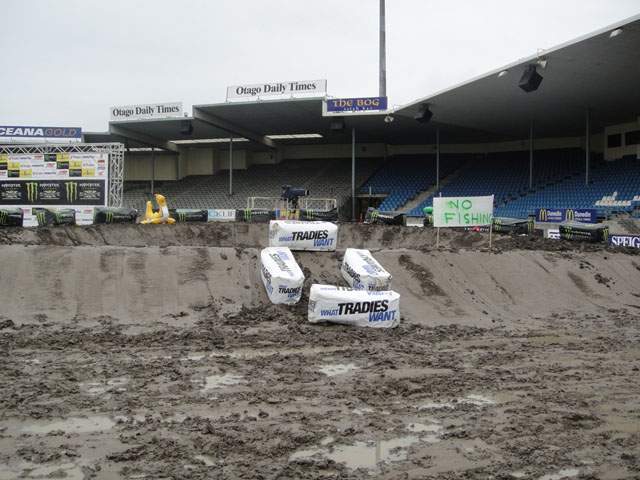 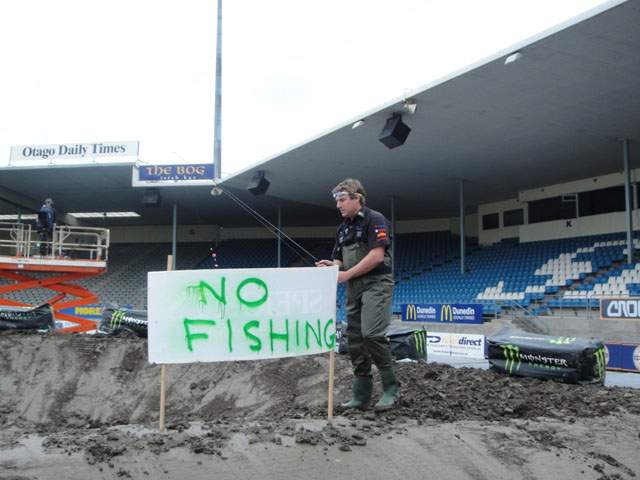 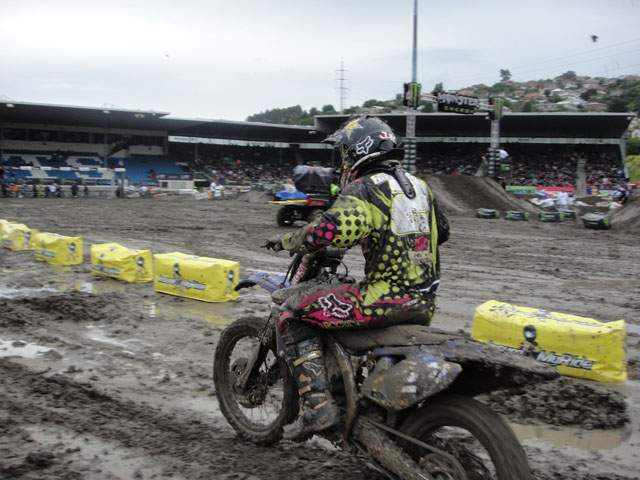 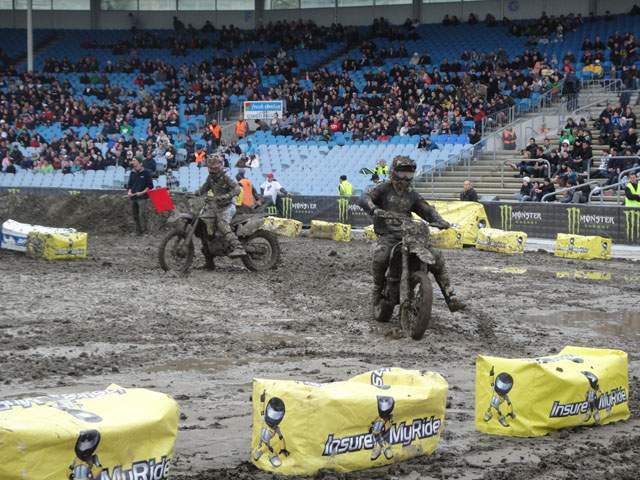 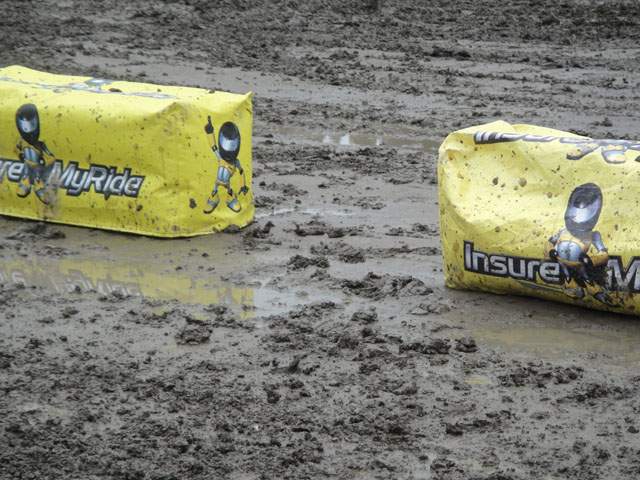 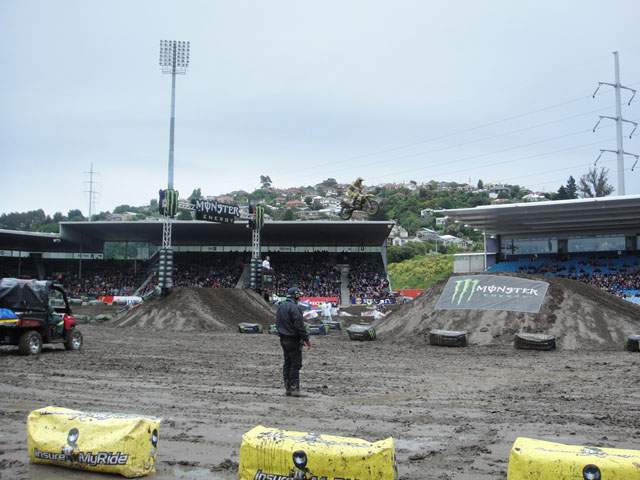 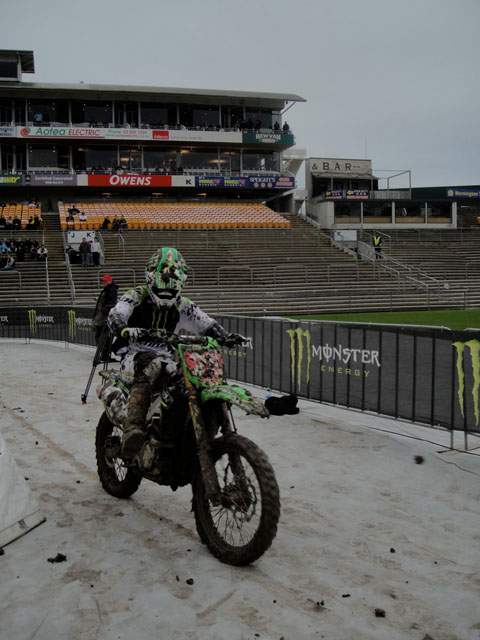 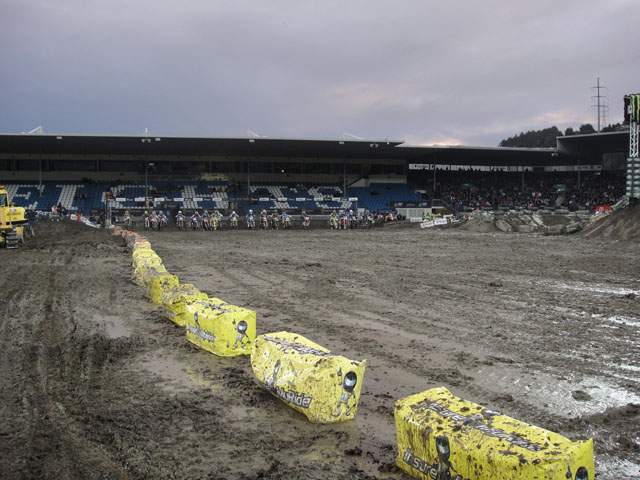 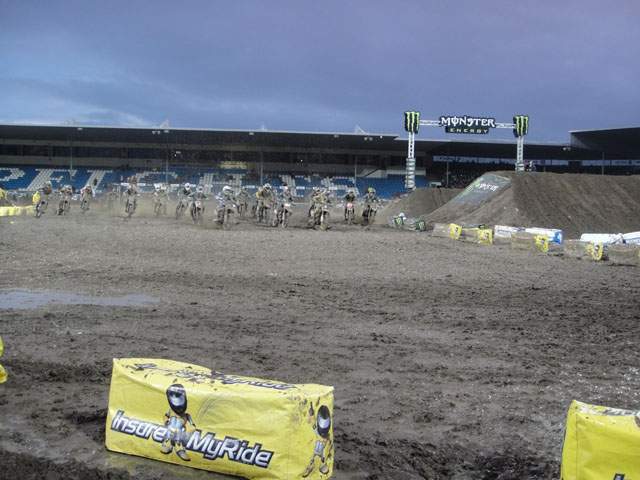 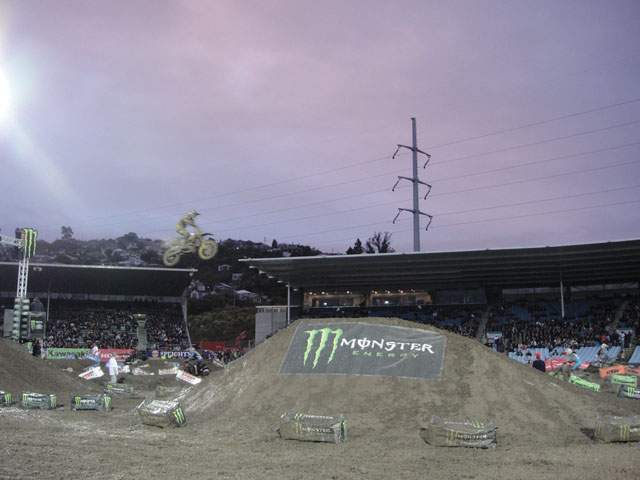 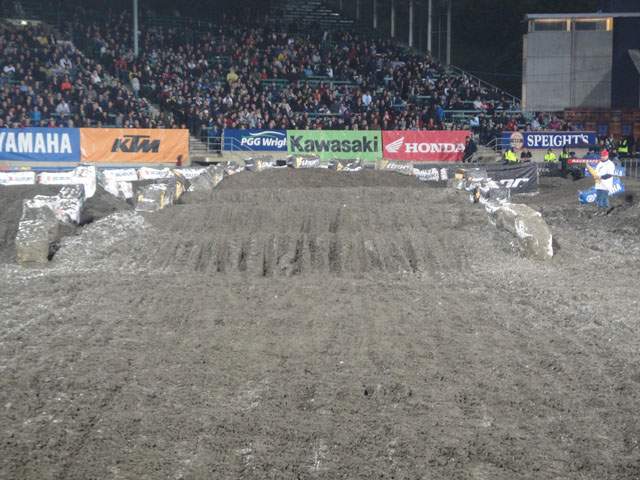