No track in Lucas Oil AMA Pro Motocross changes as quickly as Southwick, as the sand track starts out smooth in practice but becomes rough by moto one, and crazy, unreal rough in moto two. Check it out in this week's Sign of the (Lap) Times presented by Motion Pro. 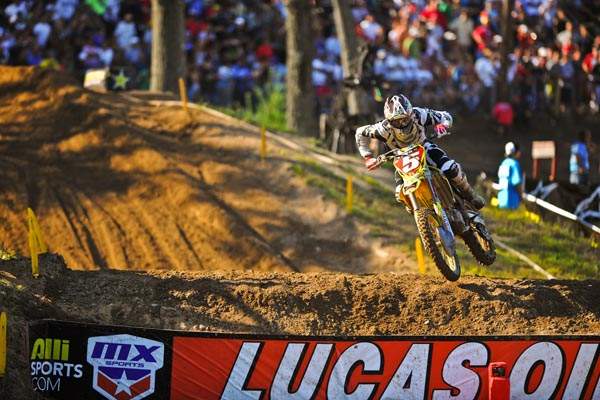 Dungey was fastest in both motos.
Steve Cox photo

On this rough track, you'll see even the fastest riders drop off a bit in each moto, and in addition, the first moto times were about three seconds slower than practice (Ben Townley was fastest in practice with a 1:56.149).

Not shocking that Ryan Dungey dominated in the lap time column, since he also won both motos. But you can see just how close Brett Metcalfe was in moto one.

John Dowd had some bad luck this year, but Robbie Marshall did his best to represent the Massachusetts faithful with top-ten times in both motos. He didn't get the result he wanted, but he definitely used his local knowledge to go fast. 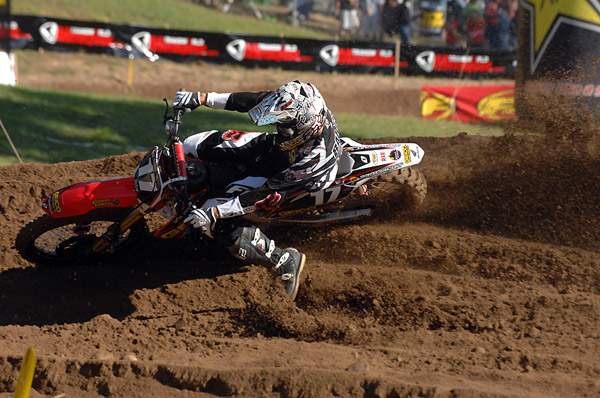 Ouch. Barcia was apparently okay despite moves like this.
Carl Stone photo

The lap times don't vary as much between the two motos in this class, because the 250s run second behind the 450s, so the track is equally beat each time they go out. It sure dropped from practice, though, as Christophe Pourcel qualified first with a 1:57 lap time. That's an eight-second drop from practice through the motos.

Look how late riders like Tyla Rattray and Justin Barcia put in their charges in the first moto. Those boys were pushing hard!