Results Archive
Arenacross
Albany
Articles
EnduroCross
Reno
Articles
Arenacross
Albany
Articles
Full Schedule
This Saturday afternoon, the Rockstar Energy High Point National will air live on NBC (450 class) as well as delayed on Speed (250s). The teams, athletes, industry, and TV people are just starting to arrive and begin setting up tents, compounds, and pit areas. Here are the "before" photos of what they’ll see when they arrive, courtesy of Marc Peters and Chad of Petersbuilt Tracks and the groundskeepers. 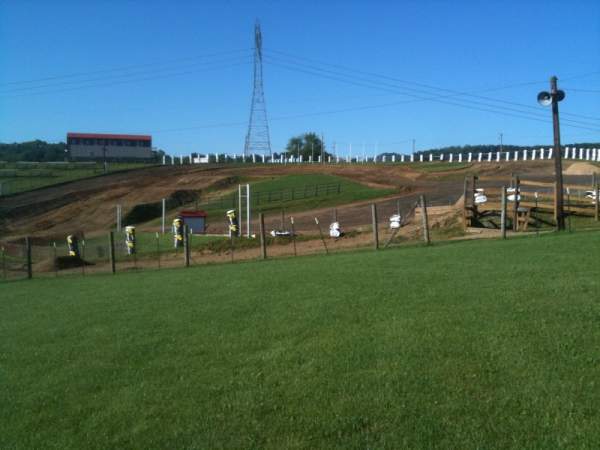 The first turn is the same short, wide uphill sweeper that's been there since the first race at High Point, way back in 1976. But the second turn is now a sloping right off-camber with an inside mound, followed by a small exit jump. 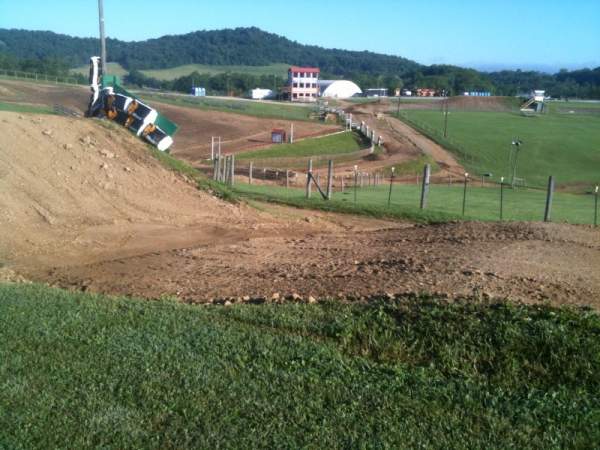 The "RC Double" is back in play, with a steep face to a small and well-rounded second jump. 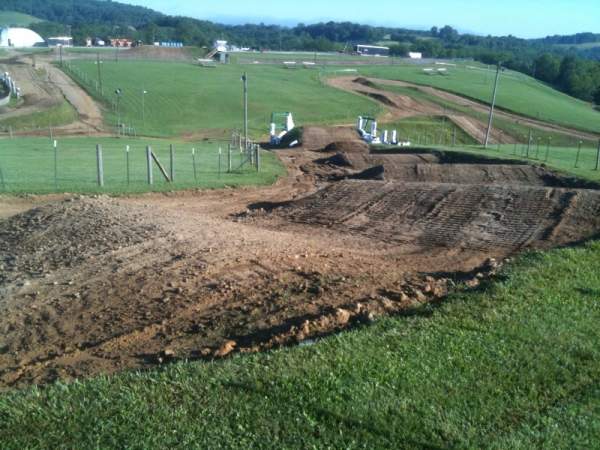 The stairsteps are also back. This is where Jean-Michel Bayle crashed on the first lap of the '90 AMA 125cc National, only to get up and pass the entire field before the 20-minute mark. The last two guys he passed? Tallon Vohland and Rodney Smith. 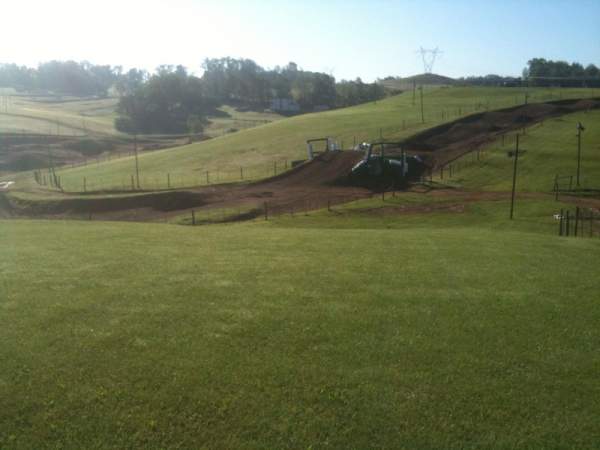 View across the infield from the announcer's tower, toward the middle tunnel jump. 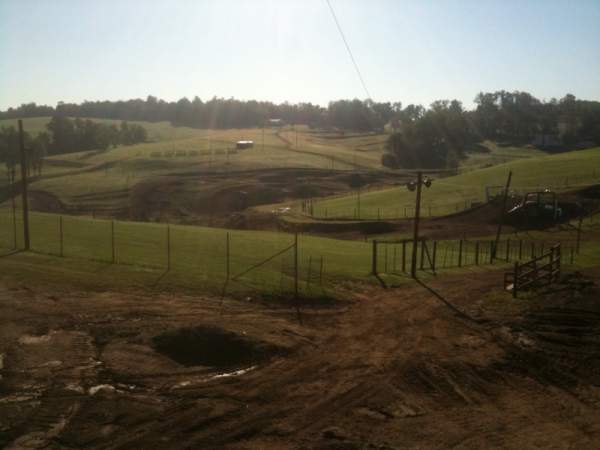 The infield camelback after the second tunnel jump is still there, much to Trey Canard's chagrin—TC missed a gear here last year while leading and went over the bars. Instead of taking his first win, he took a ride in the ambulance with a broken wrist. 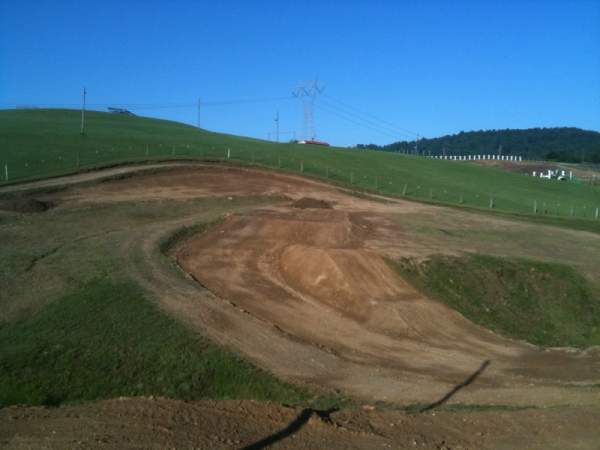 The big double on the side of the hill is back, and then you come back around to the right with double lines - smooth but way wide to the inside, small double on the tighter inside. 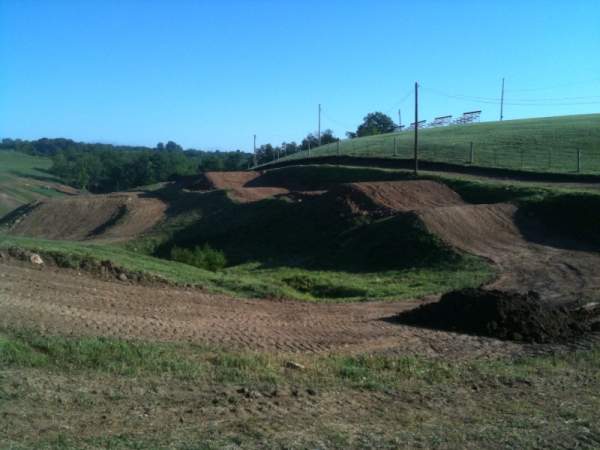 Peters mixed up the rhythm section this time. Rather than a long (and impossible) triple, it's a couple of long but complicated SX-style jumps, though the landings are all outdoor-style round-offs. 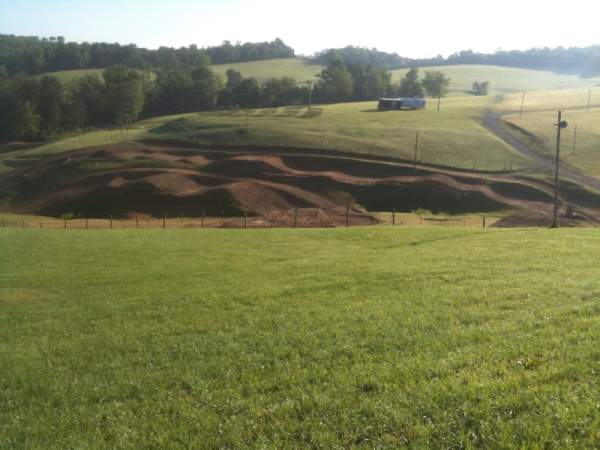 A longer view of the new rhythm section. 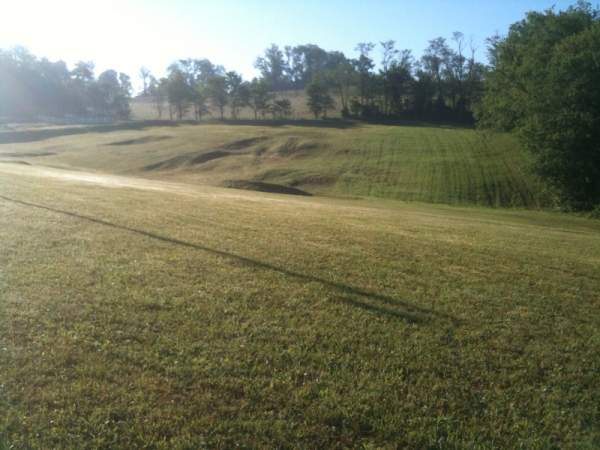 Bonus photo! Even the minibike track for Rocket Rob's Friday Pit Bike Nationals is all grass, well-cut, and ready to roll. What's cool about this is that MTV will be there doing an episode of Rock-N-Jock with Dirty racing a 110. 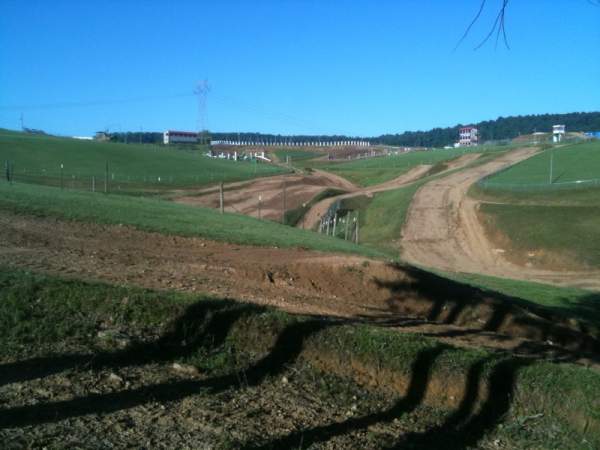 Back across the valley, up the big infield double, then hairpin back down to an off-camber, followed by an up-and-down right-hand U-turn.

Oops. Here's a shot of that multi-line corner, with the inside jump-up on the right and the sweeper to the left, followed by a tighter left-hand banked turn. 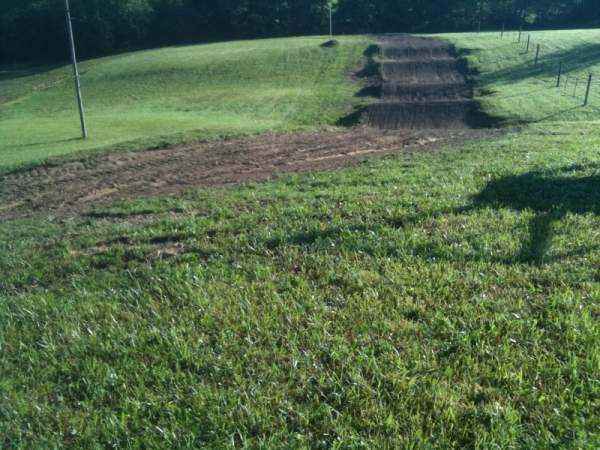 The Mike Alessi/Josh Grant Section. Here's where Mike was fooling around exactly one year ago today and tried to jump all four (or maybe three?) and bounced off the face of one of the last jumps, banged his head on the crossbar, and landed way out in the grass. As he was shaking off the bounce, he realized he was headed for a fence, hit the brakes, and slid on the grass right into the one wooden fencepost in the area. His clutch-side handlebar poked him in the kneecap and shattered it, likely costing him the title. As for Josh, he was flying through there during the race live on NBC, only to mis-time it and cartwheel here. But his bike kept going, right off across the grass, rolling slowly on two wheels, right into the side of a pickup truck! 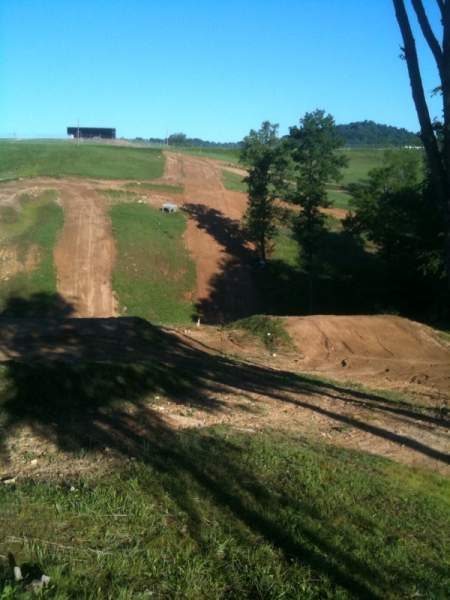 Here's something new yet kind of old-school. They took out the far corner that went back into the trees because no one could really see it, and it as kind of one-lined. Now they ski-jump down into the valley and go back across the bottom and up into a seven-pack of rollers where they can jump in at three, four, five - however far they want to go! Again, it's all rounded off and no one should pay a steep penalty for coming up long or short. An off-camber left and a jump bring them back to pit row, which is long and fast. 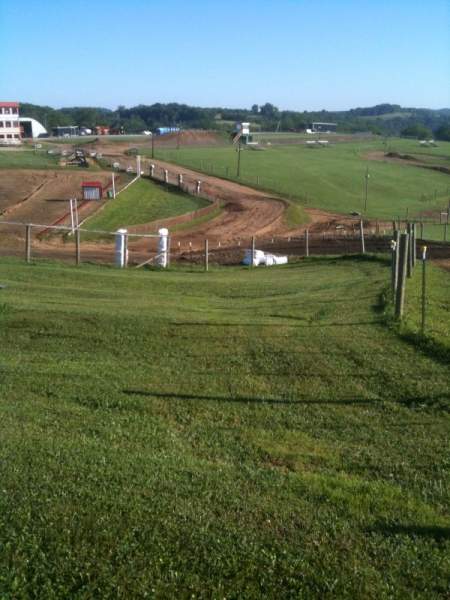 The finish line is a tabletop twice the size of the old jump, which was made famous when Ricky Carmichael himself launched it one year and basically made an overhead pass on James Stewart. Now the riders will be launched upward with a smooth landing on the downside. And that's it. That's a lap around High Point Raceway!
Read Now
January 2023 Issue Now Available