Red Bull KTM’s Jeffry Herlings is the second-youngest rider to win a World Motocross GP, thanks to his win in his home country of the Netherlands in late April 2010 – at only 15 years old! While he had some difficulties at the recent Glen Helen GP, he is a solid top four in the points standings. We spoke with him in the Red Bull KTM pits at Glen Helen.

Racer X: Jeffrey, let’s begin by hearing about the racing that you did before racing the GPs this year.
Jeffrey Herlings: Well, I started on the little 50s and then moved to the 65s and won a few national championships. Later I moved the 85s and won a world title, a European title, and some Dutch titles. Rather than come right away to the World MX2 Championships, we decided to wait; I did the European Championship and finished second in that series. Then this year we came into the World Motocross GPs, and it’s gone pretty well. I won a GP and have often been up front in podium positions, so I just want to keep this going.

I find it incredible that you’ve already won a GP in your very first year in the MX2 class.
Yeah, it really has been amazing so far. If I had not had a DNF [in the previous round in Spain] I could have been leading the championship. So I just need to try to keep getting as [many] points as possible and do as well as I can. There are still many races, or twenty motos to go, so anything can happen at this point. I hope to get as many podiums as possible and be up on the top of the box by the end of the season. If that is not possible, then I will have to be satisfied with a finish on the podium.

You have some pretty fast teammates in Marvin Musquin and Shaun Simpson. How it to have so much competition under one awning?
Well, Marvin is an amazing rider as well as a teammate, but we are both racing for the world title – the championship comes first! Shaun is back in the points a ways - Marvin, [Suzuki’s Ken] Roczen, and I are the guys going for the world title. Sometimes it’s a little bit weird with Marvin and I being on the same team, but I try to watch him as much as possible and pick out the good things that he does and learn from him.

The professional age limit in America recently went from 16 to 18 years old. You’re 15 now - how do you feel about having age limits in professional racing?
It really sucks for me, as I would like to come to America as soon as possible. Right now I could not come over for another three years. If it would switch back to 16, I would like to come over next year, but if it stays at 18, then I will honor my contract with KTM for the next three years, then come over here. Although we have some supercross back home, it is not at all like it is here in America. It is awesome that they are trying to change the GP schedule to allow us to come and race supercross here. I am anxiously waiting to hear what the age rule will be. I want to come over here as quickly as possible! 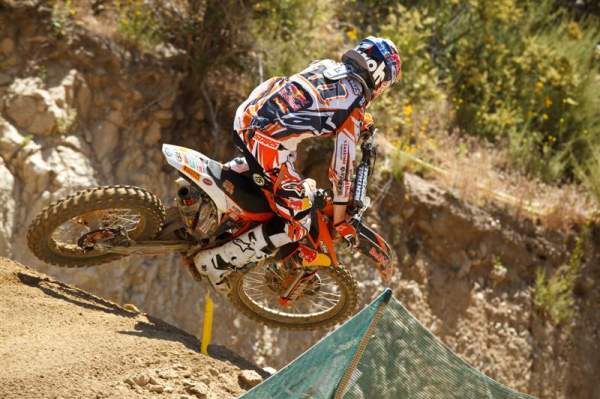