Racer X: Steve, it’s Davey Coombs of Racer X. How are you?
Steve Cox: [Laughs] I’m good, how are you?

I’m good. You were involved in some controversy this week surrounding you when you basically took out a rider, Blake Wharton, in an interview. From your perspective, what actually happened?
Okay, the reality of it is that I was actually contacted by someone at Honda and his team, asking me to do an interview with him so he could tell his side. I’ve known Blake since he hit the pros and have gotten to know him well. He made a mistake and he wanted to atone for it due to the backlash online and otherwise. So he went to his team and to Honda and then they came to me.

I don’t think anyone thought it was intentional. But the question was, why would you go inside of him and corner him like that? Why not just let it go, let him lead the conversation, hang out and follow him a little bit? This could ruin his reputation and his career.
Okay, I knew if I wasn’t somewhat harsh in the interview that a lot of the people who were critical of him would continue to be critical afterwards. I knew if I didn’t ask it that way, his reputation wouldn’t be fixed. I told him ahead of time—and I told his team ahead of time—that I needed to take a hard stance on it, because if he can answer the questions where I was being harsh to him, that was the only way he could save face and move on. 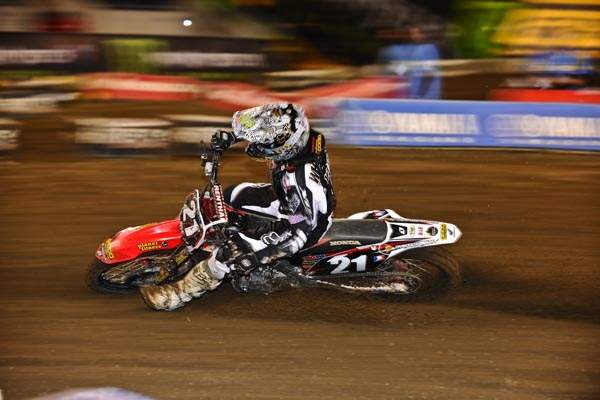 Did you feel him sigh whenever you kept asking him about this?
No. Not at all. He was very forthcoming, and up about the whole thing. I just felt like he wanted to explain that it was an accident.

The thing is that Blake had fourteen laps to think about this. And although we can’t say what would have happened had the interview had not happened, and Blake had not apologized, do you feel like at that point you inserted yourself into the championship by continually asking him about being inserted into the championship?
I kind of figured worse-case scenario I would look like a dick, and I’m kind of used to that, because I come across like that, even though I don’t mean to.

Well, no one would say that was a long shot. He had the shot, and the shot was there…
Yeah, it was, and unfortunately I guess I took it away from him. But that wasn’t the intended purpose of what I was doing.

Well, watching the interview in instant replay, it seemed like Blake knew you were behind him and he wasn’t concerned with you mowing him down with question after question. So he didn’t bother protecting his line, and the questions took him completely by surprise.
Yeah, I know, but he knew ahead of time that the questions were going to be hard going in. And I had actually told them to have Blake call me, because I didn’t want him to be caught at a bad time or by surprise. I told them to have Blake call me when he was ready so he wouldn’t be caught by surprise. 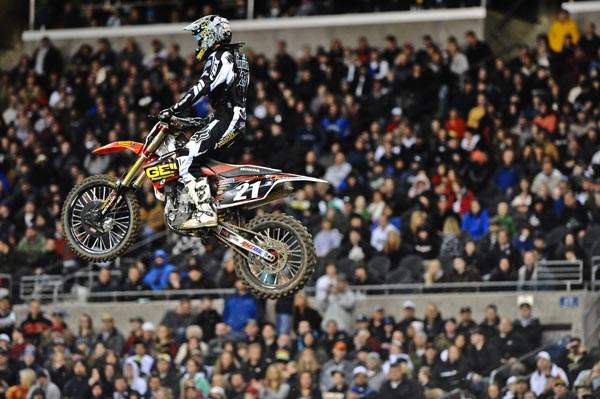 It’s a tough way to learn, but what did you learn?
I learned that you should just try to make positive notes out of things even when there’s not a whole lot of positive to say at the moment.

Well that’s simple for you to say but not so simple for Blake. Have you and Blake actually talked about this yet?
Yeah we did. It was on the website.

What did the team say to you when you got back to your computer?
[Laughs] I did get a call from Jeff Majkrzak from Factory Connection, and his comment was that he thought the last couple of questions seemed like I was beating a dead horse a little bit. But otherwise he was satisfied with the way Blake answered the questions, and that’s really what those guys wanted, which was to have Blake answer the questions so he could get past this stuff.

The thing about that was Blake did pull to the front of the pack on this.
Yeah, he did, and I guess that was the intended purpose, to clear him from this accident. Nobody thought he did it on purpose, so all the bashing and stuff, while it’s valid from the perspective of him making a mistake or whatever, it’s not valid to the point of him being a villain.

Well, yeah, it’s definitely valid that Blake isn’t the villain—now you are. Next time, remember, it is a fifteen-lap race and there are other things to ask. I know you thought that was a good tack to use, but for myself and everyone on the Racer X team, I think you went a little bit too far. I hope in the future you will ask a question and then just move on to another question.
Yeah, for sure, I get it.