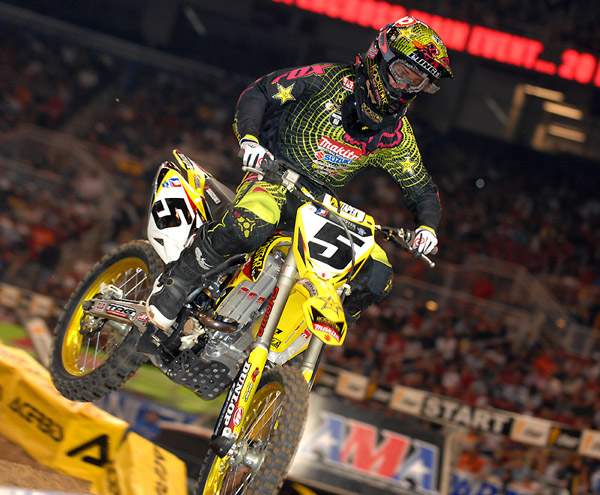 No one was even close to the Ryans once they hooked up, as they got progressively faster on each lap early in the race until they both hit their peak at lap five. A few laps later the track had broken down and lappers started slowing them, and then Villopoto attempted a wild block pass and took them both down (on that lap, RV clocked a 1:06.037 and Dungey had a 1:08.179). But those few clean laps out front showed just how fast these two are--well over a second faster than anyone else. Wow! 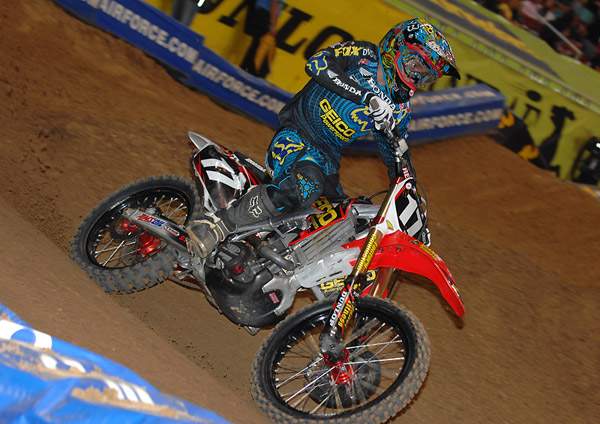 Justin Barcia went through the drive-thru, put in one large order of speed, and then used it in the main event.
Carl Stone photo

Justin Barcia "pulled a Villopoto" by not even flirting with the front of the pack in practice or his heat race, but then nailing the start in the main event and showing his true speed. He was nearly a second quicker than anyone else when it mattered, and now he has two supercross wins in his career. Credit to Dean Wilson, though, who went down trying to chase Barcia, no doubt the #108 was giving it everything he has and not settling for a spot.

And the new (and old) east champ, Christophe Pourcel, got stuck on a tough block on the first lap, cruised for a few laps, and then pulled off. He was only eighth fastest, something you don't see often out of CP.
Read Now
September 2022 Issue Now Available