During the Jacksonville stop, Valli Motorsports/Rockstar Yamaha’s Ivan Tedesco, of Murrieta Calif., earned the Spike Holeshot Award. Soon after the first turn, Villopoto passed Tedesco and went on to lead all 20 laps and win the Jacksonville race, gaining ground on Dungey’s 21 point lead.

“Yeah, you know, it’s awesome,” said Villopoto. “(I) got two good starts in the heat race and the main event. It started out as a rough day, going down in practice. I hurt my foot and went down the next lap after I finally got back up. I sat out the second practice because of it, so it was kind of a bummer of a day for me but this feels great.” 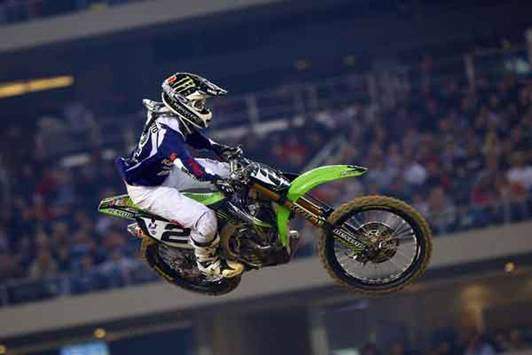 Behind Villopoto, GEICO Powersports Honda’s Kevin Windham and Dungey battled toe-to-toe for the better half of the race. Dungey made a strong pass on Windham early on lap 12 and continued to hold this spot to lock in his fifth second place finish of the year. As Windham held the third place position, Honda Red Bull Racing’s Trey Canard, of Shawnee, Okla., made a game-breaking pass at the finish line, stealing the podium spot from Windham and the two additional points needed to secure a fourth place spot in the points standings. 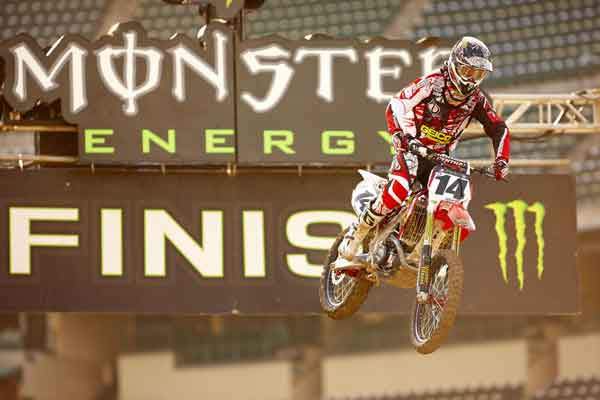 Coming off a tough seventh place finish at Cowboys Stadium in Arlington, Pourcel bounced back and won his fourth race of the season during the Jacksonville stop, leading nine of the fifteen laps. Privateer KTM rider Kelly Smith of Ludington, Mich., grabbed the Spike Holeshot Award in Jacksonville and was soon passed by GEICO Powersports Honda’s Brett Metcalfe, of Lake Elsinore, Calif. Metcalfe held the lead for six laps, followed by Stroupe and Pourcel, respectively. Pourcel stalked the frontrunners and eventually went on to pass the two on lap six to gain the lead. 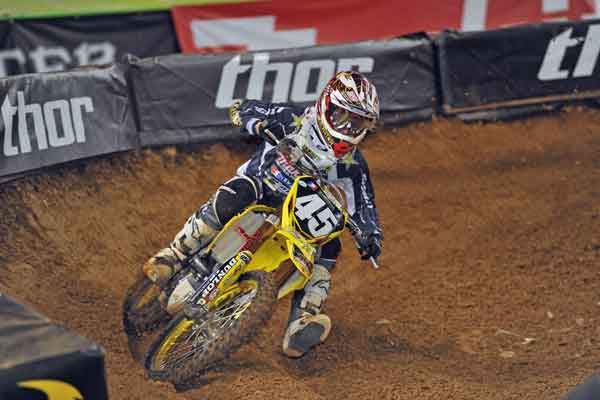 Media day is Thursday, April 8 from Noon-2:00 in the press box at Reliant Stadium, featuring Star Racing Yamaha riders Nico Izzi and Martin Davalos. Also featuring Honda Red Bull Racing’s Davi Millsaps and Andrew Short. Riders will be available for interviews and will ride the track for the media.

Past Winners in Houston